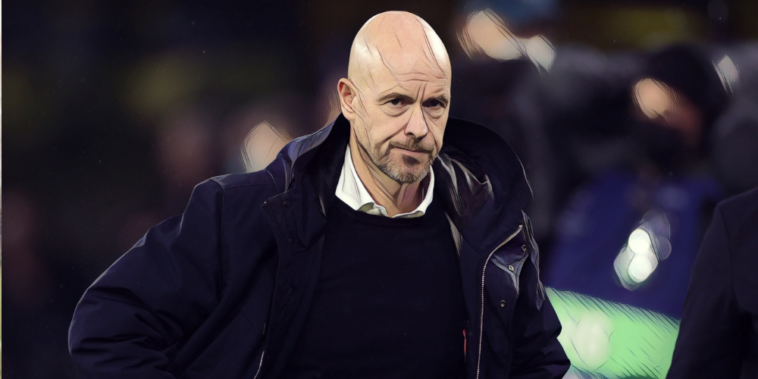 Manchester United have reportedly been left with ‘doubts’ over Erik ten Hag following the Dutchman’s interview to become the club’s next permanent manager.

Ten Hag is considered the favourite to become the Red Devils’ next manager, though discussions between the Ajax boss and United board have not resulted in a unanimous decision on his appointment.

The 52-year-old was the first of the club’s list of candidates to hold talks over taking charge at Old Trafford and is believed to have impressed, though the Independent are reporting that there remains ‘doubts’ over his credentials.

Ten Hag is understood to have told the board that a rebuild of the Red Devils would be a ‘five-year project’, having outlined his intention to first improve the physical levels of the squad should he be appointed.

He is also understood to have named several transfer targets, including from current club Ajax. However, United are cautious about imports from the Eredivisie following the struggles of Memphis Depay and Donny van de Beek in recent windows.

Mauricio Pochettino also remains in contention for the role, but a number of factors complicate a pursuit of the PSG coach.

United could have to pay around £25m to prise the Argentine from Paris, despite PSG’s own consideration to dismissing Pochettino following a disappointing Champions League campaign.

PSG are also keen to avoid being seen as a soft touch when it comes to Pochettino’s future, with the club keen to cement a status as one of Europe’s superpowers.

Despite the doubts from some of the decision-makers at United, Ajax’s demands for Ten Hag – reportedly a figure of around £1.6m – appears a much more feasible option at present.