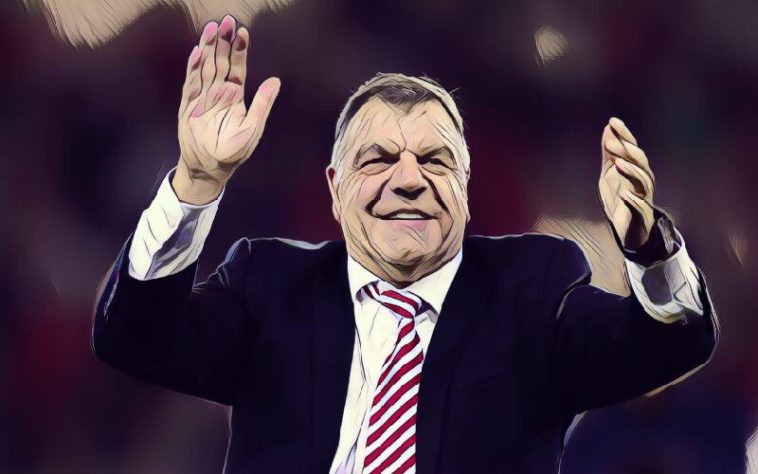 Sam Allardyce looks set to become the new Everton manager with the former England boss hoping to wield his anti relegation powers once again. Here are five things he will need to do to succeed.

Win a game, and quickly

Its easier said than done, and seems a fairly obvious statement.

However, the appointment of Allardyce has left many on Merseyside feeling uninspired, but if he is unable to do what he does best and keep clubs in the Premier League, then he needs to get a victory as quickly as possible to get the Everton fans onside.

On its day, Goodison Park is one of the most intimidating and hostile grounds in the country, and if big Sam can get the Blues fans fired up with an early win then a top half finish wouldn’t be beyond the realms of possibility.

But how can he get back to winning ways?

Go back to basics at the back

The very first thing Big Sam needs to do is sort out Everton’s woeful defence.

The Blues have the worst defence in the Premier League, conceding 28 goals in the league, and a further 15 in the Europa League.

Big Sams first instinct is to shut up shop, because if you keep a clean sheet, you get a point. While they haven’t been able to score goals in vast quantities this season, they have only failed to score in three of their last 14 games, highlighting that the problems are at the other end.

But having watched the how the Blues defended against Southampton last weekend, the former England boss certainly has his work cut out. Ashley Williams looks finished, Phil Jagielka doesn’t look himself while Michael Keane hasn’t settled since his £25m move from Burnley.

Since making the £45m move from Swansea, Sigurdsson hasn’t really settled at Everton.

In his 16 appearances for the Blues, he has provided just one goal and three assists. He simply hasn’t been getting in the game enough.

On his day, the Icelandic international is up there with some of the leagues most creative players, and Big Sam needs to find a system to utilise his talents to the maximum.

Despite my previous point stating that Everton have scored goals, they haven’t scored enough.

The failure to replace Romelu Lukaku was ultimately one of the main reasons that Ronald Koeman got the sack. They chased some big names, especially Olivier Giroud from Arsenal, but their inability to land any is proving costly. With Allardyce likely to set up much more defensively, they will need a much more ruthless striker than what they have now.

Koeman brought in £5m Spanish youngster Sandro Ramirez who has failed to have an impact. Academy product Dominic Calvert-Lewin has often been the club’s first choice striker this season, with even Wayne Rooney having to settle for a place on the bench.

Get rid of the crappy attitudes

Put simply, some Everton players look like they don’t give a crap about the current situation. Players such as Morgan Schneiderlin and Kevin Mirallas spring to mind.

Schneiderlin was voted as ‘Prick of the Week’ during this weeks PS Football podcast after a passionate rant by regular pundit, Callum, which shows how much the Frenchman is part of the problem. Check out the link at the bottom of this article to listen.

Allardyce will certainly not settle for that, and will only want players around him willing to die for the cause. Getting rid of this will be one of his key jobs.

Listen to what else the boys had to say about Allardyce, Everton and much more in our latest podcast now, subscribe on iTunes or through your podcast app to never miss another episode!