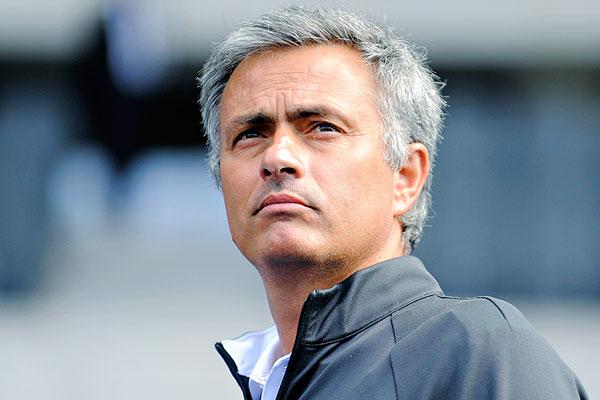 Zlatan has gone, Antoine has said no, as has Romelu. Here are five targets that Jose Mourinho should target next.

Antoine Griezmann was widely thought to be a done deal, but reports this week seem to suggest United have cooled their interest in signing the Frenchman. Griezmann was apparently been knocked off of the perch of being United’s ‘number one target’ this summer, after Jose decided the club needed more of a number nine to replace Zlatan Ibrahimovic.

Zlatan suffered a serious knee injury in the Europa League Quarter Final tie v Anderlecht and will be out of action until early 2018 at least, and has subsequently has not had his contract extended by a Old Trafford chiefs. Romelu Lukaku was also supposedly a target for United but the Belgian is believed to be close to completing an £80m+ deal to move back to his former club, Chelsea.

With this in mind, here are a list of five strikers Jose Mourinho should target this summer to fill the goalscoring void.

A striker who has been linked with a move to the Premier League is Torino striker Andrea Belotti. He may not be the most high profile name striker, but he certainly seems to fit the bill.

Strong, pacey, good positioning, great in the air and an eye for goal. What more can you ask for from a striker?

He would probably be the cheapest player on this list although with a release clause of €100m (£85m), it’s still a big gamble on a player who is not tried and tested in the Premier League, but neither was Ibrahimovic or Van Nistelrooy but they seemed to do ok.

He has scored 40 goals in 78 appearances for the Serie A club, including 28 goals in 38 appearances this season, certainly not bad for a team who finished ninth in the Italian top flight.

The man on everyone’s lips in European football, Kylian Mbappe. The youngster has set the burst onto the scene this season attracting attention from all corners of the game. Real Madrid. Manchester City. Arsenal. They all want him, and why not?

It has been a wonderful season for the 18-year-old, who has helped his club Monaco, win the French Ligue 1 title for the first time since 1999/2000, as well as to reaching the Champions League semi-finals.

Respected journalist Gianluca Di Marzio claimed earlier this season that Jose Mourinho is bewitched by the young French starlet, but his signature will not come easy.

Monaco forced United to pay £58m for Anthony Martial in 2015, and apparently want in excess of £100m for their latest prodigy.

Having already cashed in on Bernardo Silva and Benjamin Mendy to Man City, and with moves for Tiemoue Bakayoko and Fabinho likely to come, Monaco certainly don’t need the money, or want to sell.

The player himself has also spoken of his admiration for fellow Frenchman, and Real Madrid manager Zinedine Zidane. I wouldn’t be surprised to see the player sign for Los Blancos for a world record fee this summer and be loaned back to the Principality club next season, an option United do not really have.

Morata is another striker who has been linked with making a move to Old Trafford this summer, and he would be a wonderful addition to the Manchester United squad.

It was in fact Jose Mourinho who gave the striker his Real Madrid debut back in 2010. Morata would personally like to stay at Real Madrid, but with the Russian World Cup on the horizon, the striker knows he needs to be having regular game time to stake his claim to make the Spanish squad.

Despite playing second fiddle to Karim Benzema as the main striker, Morata finished the season as the club’s second highest goalscorer behind Cristiano Ronaldo.

He has also been linked with moves to Chelsea and AC Milan, but with Real Madrid wanting Manchester United goalkeeper David de Gea, United could have a unique bargaining chip.

Saying that, id rather United not include de Gea in any potential deal for Morata.

Another striker plying his trade in Italy, and another that will be hard to prize away is Paulo Dybala. The Argentine has been in top form for Juventus since his €32m signing from Palermo in 2015, scoring 42 goals in 93 appearances for I Bianconeri.

The Argentinian was indeed linked to United before he moved to Turin two years ago, after the then 21-year-old scored 13 goals for Palermo.

Despite it being an unlikely option at the moment, he is certainly a player Jose Mourinho should look at. Paul Pogba is known to have a good relationship with him from his time in Italy, and could potentially be used to help a deal along.

Should United decide to take the plunge, they would be getting a fine player with an eye for goal, and at just 23-years of age, a player for the present and the future too.

It’s a bit out there as an option, and the one of the least likely to happen, but United could be tempted to test Tottenham’s resolve to keep Harry Kane.

Kane has won the golden boot for the last two seasons, including scoring 29 goals this season, despite spending several months on the sidelines with injury.

The England talisman is currently earning £90,000-a-week, a relatively small amount compared to the exorbitant sums earned by the games elite, and what United would be able to offer. With Wayne Rooney and Zlatan Ibrahimovic potentially heading off the wage bill this summer, United could have an extra £550,000-a-week to spend on new signings, so could easily doubly Kane’s current Spurs salary.

Spurs chairman Daniel Levy is a notoriously difficult man to negotiate with, and would probably demand a world record fee for their star striker, but if United are willing to spend those kind of sums on some of the above players, them why not spend it on a tried and tested Premier League goal machine.

Alvaro Morata is the bookmakers favourite to move to Manchester United. He has shortened from 11/8 to 1/8 over the last week to become a Manchester United player this summer. AC Milan were 6/5 favourites, but have now drifted to to 7/1

Andrea Belotti is the next favourite with the bookmakers to become a Man Utd player this summer priced at 5/2, while AC Milan are slight favourites to sign the Italian, with odds of 9/4.

Harry Kane is unsurprisingly odds on to be at Tottenham next season, with odds as short as 1/50. Interestingly though, if he does move, Manchester United are favourites at 12/1. Could United break the bank?

As my suspicions suggested, Kylian Mbappe is 11/10 to stay at Monaco this summer. Whilst I suspected Real Madrid would be favourites, it is in fact Arsenal who are 5/2 favourites to sign the French starlet. Real Madrid are 3/1 to sign Mbappe this summer. Man City are 12/1, while United are nowhere near in the running at 16/1.

And as for Paulo Dybala, well the markets seem to agree with my initial thoughts that he isn’t going anywhere, and certainly not to Manchester United. The Argentine is 1/7 to stay with Juventus, 5/1 to join Real Madrid and a massive 28/1 to join United this summer.

Interestingly, Antoine Griezmann is still 9/2 to move to Old Trafford. Surely not?

Do you think CH14 has any chances of coming back?