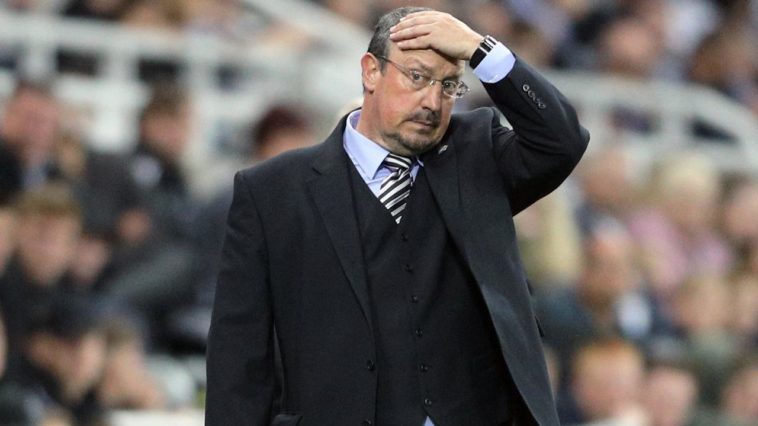 Newcastle United have won one of their last six games heading into a tough tie against Manchester United – here are five questions Benitez must ask himself going into the game.1. What front-line can damage the Man United defence?

This game will see perhaps the divisions worst front two against the strongest defensive pairing. Joselu and Ayoze Perez have failed to impress this season and the Spaniards are lacking any chemistry going into the game.

Dwight Gayle looked dangerous faints Bournemouth and should have been awarded a goal but it was ruled out for offside. Meanwhile, Aleksandar Mitrovic is now an out-cast after demonstrating his unreliability against West Ham.

The burning question now is – Which combination is capable of ending the goal drought of Newcastle strikers. Mitrovic may be unreliable, but recent performances from Joselu and Ayoze Perez must leave Benitez with a burning question ahead of the trip to Old Trafford.

2. Which centre-backs are best equipped to handle Romelu Lukaku?

With Jamaal Lascelles an inevitable doubt after going off against Bournemouth and Ciaran Clark arguably being at fault for the Bournemouth goal. Benitez must be wondering who should partner Florian Lejeune. Chancel Mbemba has found himself out of the Spaniards plans. However, his physical attributes alongside his ability with the ball may be key if Newcastle are too have any chance against the Red Devils.

Last season Benitez’s tried and tested system against the bigger teams in the division worked out for Newcastle with them doing the double against Brighton but failing to score against relegated Blackburn Rovers. After a change in formation on Saturday, Benitez was left disappointed as his team walked away pointless. Benitez now has the dilemma whether he goes back to his tried and tested ways or he alternates once again. One thing for sure is Newcastle will need to be as structured as possible to get anything from Old Trafford.

No one can argue that Newcastle United haven’t missed Mikel Merino and have struggled to replace him since the Spaniard picked up a back injury. However, the big question is whether Issac Hayden is the best person to partner Jonjo Shelvey. Mo Diame would offer a more physical option. However, has proved inconsistent for the Magpies so far. On the other hand, Mikel Merino won’t be match-fit but might be available either way, Benitez will have to make a risk.

5. How do I counter United’s pace off the bench?

Manchester United have caused more damage with their substitutes than most sides have with their starting XI. The energy and pace of the likes of Anthony Martial and Marcus Rashford have torn teams apart when they’ve come off the bench. Benitez will be aware of this and likely counter this by having Chancel Mbemba on the bench to bring on to counter United’s substitutes strength.

So there we have it, five questions Benitez must ask himself during the international break, can Newcastle get anything from Old Trafford? It looks unlikely but the Magpies have performed better against the higher standard of opposition.