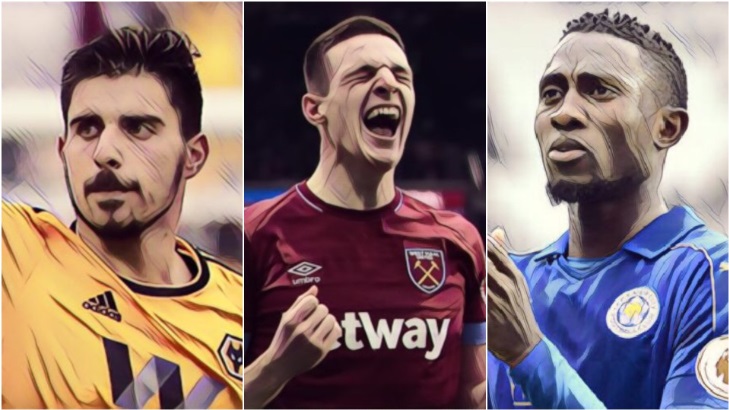 Manchester City badly need a back-up to Fernandinho, their all-important defensive midfielder, so here are five possible signings they could make within the Premier League.

Just moments after Leroy Sané scored Manchester City’s third goal, thus consigning Huddersfield Town to their 16th defeat of the season, the fourth official raised his board in the 59th minutes to reveal the number 25 would be coming off for David Silva. Fernandinho had earned a rest after putting in another tremendous shift with the three points virtually secured, ready for the bigger challenges to come.

The Brazilian has been integral to this City side for several years, but, like many of his brethern in the defensive midfield position, it can take time for their quality to become obvious to everyone. His quality is such that without him, Man City’s chances of success would fall greatly.

That’s because the Eastlands outfit don’t have a viable back-up in their squad, despite the fact that he’s 33-years-old. The club could have easily signed one last summer, instead of spending £60m on Riyad Mahrez, who has had to compete with Sané and Raheem Sterling to get in the starting line-up.

The problem is finding them can be difficult, let alone one of a high enough standard for Pep Guardiola. Having worked with the likes of Sergio Busquets, Philipp Lahm and Javi Martinez at his previous clubs, he won’t be satisfied with the first holding player that comes available.

The club apparently have a shortlist of replacements, but what does Pep want in a defensive midfielder?

Accurate passing and an ability to recycle the ball goes without saying, but an overlooked quality of Fernandinho is his willingness to disrupt the opposition. Although Guardiola is largely known as a manager who gets his teams playing positive football, he has no problem employing someone willing to put in a cynical foul or two per game to stop the opponent’s flow.

Combined with intelligent pressing and a capacity to recover the ball time and again, we’ve picked out some potential recruits using this criteria. In some cases we’ve included the amount of times the player has won an interception and retained possession, which isn’t especially important for a team that dominates the ball as much as City, but I feel it gives a bit more information on their defensive proficiency.

The second-best performerer in the Championship last season behind Fulham’s Ryan Sessegnon, it’s no surprise that the Portuguese international has adapted so well to the Premier League since Wolves promotion.

Ruben Neves put in another great performance at the weekend, supplying one of the finest assists of the campaign with his 40-yard lobbed pass to set up Diego Jota for Wanderer’s third goal in their breathtaking 4-3 win over Leicester City.

As if it needed to be pointed out, the deep-lying midfielder certainly possesses the passing ability required for Man City’s style of play, completing 943 out of 1142 attempts at a rate of 82%. He is also effective on the defensive side of the ball, making the most ball recoveries (183) of any midfielder as well as 44 interceptions.

Out of all the possible signings City could make, this is the one their fans want more than anyone. Neves feels like the most natural fit for the Sky Blues, who have been linked regularly with the classy midfielder. The only problem? Pep thinks he’ll be too expensive.

The second coming of Kanté, Wilfred Ndidi fills the role left by the tireless midfielder for Leicester City these days, executing a vital function in Claude Puel’s side. He almost certainly won’t replicate the Frenchman’s feat of winning the Premier League with the Foxes, but he could very well end up on a title-winning squad at some point.

On 46 occasions this season Ndidi has intercepted and successfully retained the ball, something which only three midfielders in the league can say they’ve done better. On top of that he also has an incredible 174 ball recoveries, the second most of any midfielder or defender.

At only 22-years-old, there is enough of a body of evidence available for Man City or another top club to decide whether or not he’s ready for the highest level, while assuring themselves they will see his peak years.

Arguably the weakest option in this list for Pep Guardiola to choose from, but there’s a reason why French champions PSG are interested in buying the Watford midfielder in this transfer window.

At first glance Doucouré doesn’t seem like a natural fit, having made just 16 interceptions this campaign, far behind the aforementioned candidates to take over from Fernandinho. He has, however, made an impressive 154 ball recoveries.

On top of that there is a good case to be made that the Frenchman is the best passer of the bunch, an ideal quality for a Guardiola side. He’s successfully completed 960 passes, more than the other four, at a completion rate of 82%.

Chipping in with three goals and five assists for the Hornets, Doucouré fits the criteria City are looking for in a new defensive midfielder.

Steve Walsh was lambasted for the signings he made during his short stint as Everton’s Director of Football, but this was undoubtedly the finest out of a bad bunch.

The Senegalese international, with 46 interceptions and has a pass completion rate of 84.2% so far this season, is the closest thing to the second coming of N’Golo Kante we’ve seen since his arrival in England in 2015, but for obvious reasons has not received nearly as much fanfare.

At the age of 29, buying Gueye now would very much be a short-term move to get the most from his last season or two at the high level he’s currently playing at before he begins to regress. Under contract until 2022 however, he will cost a pretty penny.

A rare sight in the modern game, a teenager excelling in the Premier League on a weekly basis. Declan Rice may not have made his mind up about where he wants to pledge his international allegiance, but he is certainly worthy of all the commotion surrounding the 19-year-old right now.

The young midfielder started out life as a central defender, but struggled initially before being moved into a holding role shielding the back four. It was an inspired decision, allowing Rice to show his capabilities on both sides of the ball. So far this season he has demonstrated a keen ability to protect the defence by making 168 ball recoveries, more than N’Golo Kante, while successfully completing 86% of his passes as well.

What he lacks in experience he makes up for in potential. Rice has already shown a ton of promise in his first two seasons at West Ham United and, although a move to Man City might be too soon for him, there’s no reason why he couldn’t make the step up to the next level in the future.