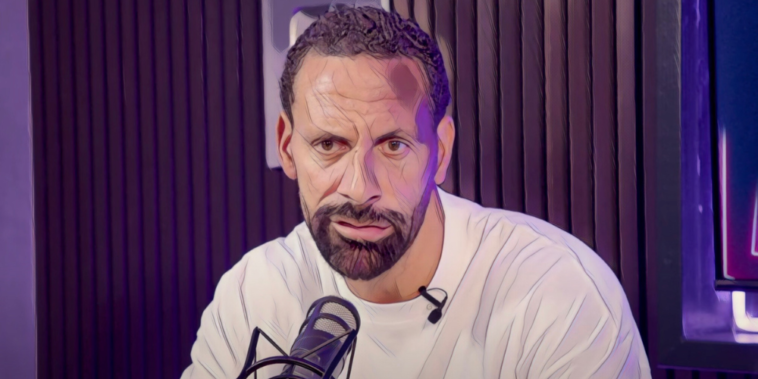 England faced Italy and Germany this month in the Three Lions’ final fixtures ahead of the World Cup in Qatar this winter.

Southgate selected a 28-man squad for the games, though his selection received a mixed response with several out-of-form and out-of-favour players included.

One notable omission from the squad was Jadon Sancho, who has shown improved form at Manchester United this season. Ferdinand questioned the decision to overlook the winger and believes Sancho is ‘probably more suited’ to international football than the Premier League.

“Yeah I would have [picked Sancho], given what he’s been doing at the beginning of the season,” Ferdinand said on his Vibe with FIVE YouTube channel.

“Sancho probably suits international football more than the Premier League. Arguably you could say that, the way he plays. I don’t know [why Southgate hasn’t picked him].”

Ferdinand also criticised the decision to exclude Trent Alexander-Arnold from the games with Italy and Germany. The Liverpool right-back was included in the squad, but will return to his club side having failed to play a single minute of football.

The 23-year-old has made just one international appearance in 2022 and Ferdinand believes Southgate needs to make a clear decision on whether the defender features in his plans.

“How is Trent not in the England squad? What’s going on here?

James Ward-Prowse, Jarrod Bowen, Ivan Toney and Fikayo Tomori were among the other names who did not feature across the games and Ferdinand insists the latter deserved a chance at centre-back.

“That’s the question that needs to be asked. I can’t believe [it], Tomori has won Serie A, he is playing really well as an integral player in that team and can’t get anywhere near the squad.

“Let alone the team, he can’t get in the squad for the game. It’s not like we are sitting here and going ‘We’ve got an unbelievable amount of centre-backs to pick from by the way,’ give him a go and have a look, see if he can do it.”