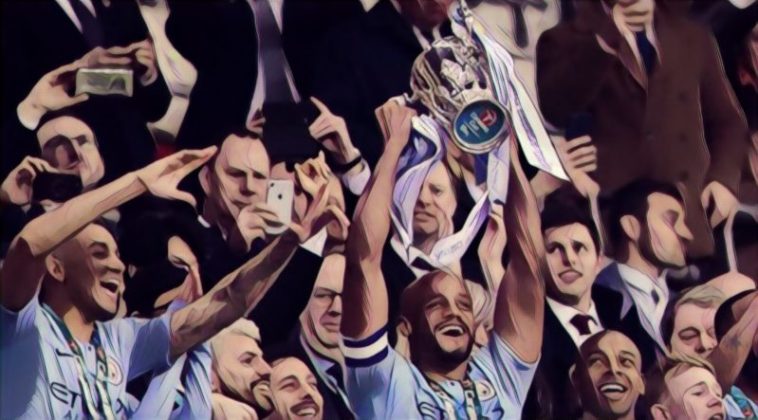 The Carabao Cup second round saw the entry of the Premier League sides who aren’t competing in European football this season, as the 2019/20 edition of the tournament begins to heat up.

Already we’ve seen the likes of Crystal Palace and Norwich make surprise exits to lower league opposition, in a tournament which often produces shocks throughout.

Manchester City claimed the trophy last season as part of English football’s first-ever domestic treble, but who are the favourites to lift the trophy this season?

So for those of you who like a flutter on the football or the best casino odds, here are the five favourites to win the 2019/20 Carabao Cup…

Club legend Ole Gunnar Solskjaer will be seeking the first trophy of his Old Trafford reign, and could have one eye on League Cup success as he bids to get his first full season off to the perfect start.

The five-times winners last won the trophy in 2017, when a Zlatan Ibrahimovic double helped United to a late 3-2 win over Southampton at Wembley.

Manchester United have now gone two seasons without silverware as the club undergo a transitional period, though the club’s fans are unlikely to be content if that run continues for much longer.

Another side currently undergoing a transitional period, Chelsea’s hopes of a successful campaign were hindered by their transfer-ban and the departure of star player Eden Hazard, though Frank Lampard’s appointment has brought optimism to Stamford Bridge.

The former Blues favourite has integrated academy graduates such as Mason Mount and Tammy Abraham into his first-team squad, with the hope his side’s youthful exuberance can bring success this season.

Five-times winners of the League Cup, Chelsea will be hoping for another Wembley appearance as they bid to lift the trophy for the first time since 2015.

Five years into his Tottenham reign and Mauricio Pochettino is yet to deliver silverware to the North London side, but after a summer of significant investment the club must hope this can be the year to end their wait for a major honour.

The additions of Tanguy Ndombele and Giovani Lo Celso have bolstered their midfield, and having come close with last season’s Champions League final defeat, Spurs will hope they can finally lift silverware this season.

The League Cup was Tottenham’s last piece of silverware over a decade ago, their 2008 triumph one of four times they have won the competition.

Having seen finances restricted as the club moved into the new stadium, Pochettino has now had the backing to challenge for the game’s biggest prizes.

The European champions will be pursuing further silverware this season, having added the UEFA Super Cup to their collection earlier this month.

Whilst the Premier League remains perhaps their ultimate ambition, Jurgen Klopp has built a squad capable of challenging on all fronts. Their concern may be the drop off in quality from their prolific front three, who may be rested in the early stages of the Carabao Cup.

However, success breeds further success, and Klopp will hope to bring a record-extending ninth League Cup trophy to Anfield after previously suffering defeat to Manchester City in the 2016 final.

The current holders and winners in four of the past six seasons, Pep Guardiola’s side have dominated English football in recent times. The Premier League champions became the first side to complete a domestic treble last season, and are rightly considered the favourites for the trophy once more.

Whilst City’s priorities may lay elsewhere, the blue half of Manchester possess arguably the strongest squad in Europe and even with rotation they are likely to possess enough quality to reach the latter stages.

The six-times winners are closing in on Liverpool’s record of eight League Cup titles, few would be surprised if the gap was reduced to just one at the end of the current campaign.