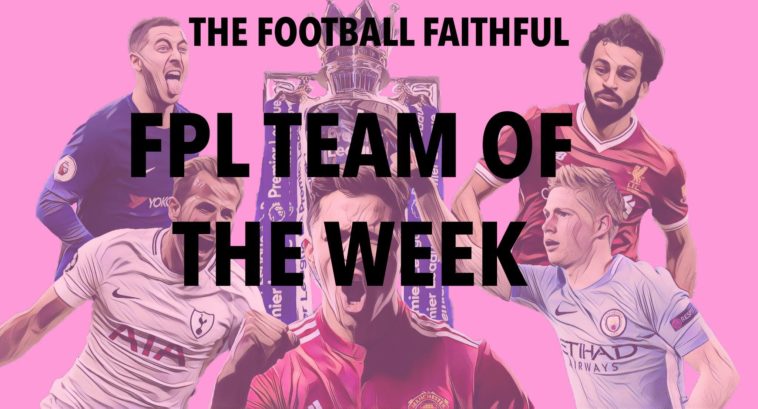 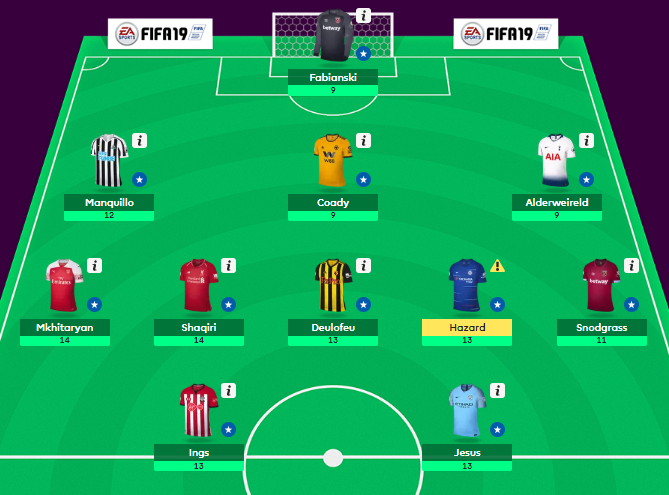 GK – Lukasz Fabianski (£4.6m): Fabianski starred in goal for West Ham as Manuel Pelligrini’s side secured their fourth consecutive Premier League win, lifting them up to ninth in the table.

Fantasy Premier League has seen a rise in the number of managers selecting him in their squads which is now at 16.4% after a couple of exemplary displays in goal for The Hammers in recent weeks. Fabianski earned his third clean sheet of the season and are enjoying their best run of form all season.

DF – Javier Manquillo (£4.3m): After struggling to get into the Newcastle lineup earlier in the season, Manquillo has featured in the last four Premier League games for Rafa Benitez’s side, and provided the assist for Solomon Rondon’s strike in the only goal of the game to clinch a vital three points for The Magpies.

DF – Conor Coady (£4.5m): Conor Coady, who has played every minute of Wolves’ 17 Premier League games this season, was a rock at the heart of his side’s defence against Bournemouth, earning a valuable three points and fifth clean sheet of the season in he process.

DF – Toby Alderweireld (£5.9m): Toby Alderweireld was praised for another fine display at the back for Spurs against Burnley, and helped the defence to a seventh clean sheet of the season, while Harry Kane left it late to tee up Erikson for a dramatic winner. Alderweireld is still looking for his first goal and assist of the season from the back, but his performances in defence have been fantastic for Pochettino’s  side in recent weeks.

MF – Henrikh Mkhitharyan (£6.7m): Despite Arsenal losing their first Premier League game of the season against Struggling Southampton, Henrikh Mkhitaryan helped himself to a brace with two fine goals at St. Mary’s Stadium.

Just his fourth goal of the season, but Mkhitaryan is only £6.7m at the moment and has been featuring more regularly in Emery’s team with improving performances on the pitch.

MF – Xerdan Shaqiri (£7.1m): Xerdan Shaqiri was the man of the hour for Jurgen Klopp’s side as he appeared from the bench to dispatch Mourinho’s Manchester United side with two goals. Shaqiri was only on the pitch for 20 minutes but he was the spark that Liverpool needed to penetrate a deep lying United defence and ultimately keep Liverpool at the top of the table.

MF – Gerard Deulofeu (£5.4m): The former Everton winger was the star of the show for Watford as he helped himself to a goal and an assist in a hard-fought 3-2 victory over Cardiff City.

Selected by only 0.7% of Fantasy Premier League managers, but at such a low price and impressive recent performances, Deulofeu offers a lot going forward for an attacking Watford side.

MF – Eden Hazard (£11.0m): 35.1% of Fantasy Premier League managers have Hazard in their side and he proved again why that is the case. Hazard was the catalyst for Chelsea’s 2-1 victory over Brighton with a goal and an assist, taking him to eight and nine for the season respectively.

MF – Robert Snodgrass (£5.4m): Snodgrass has scored back-to-back goals for West Ham after he netted against Fulham this weekend in his side’s 2-0 victory. An impressive display from Snodgrass at Craven Cottage to take him to two goals and three assists for the season.

FW – Danny Ings (£5.4m): Danny Ings scored a brace in his return to the Southampton lineup in a momentous 3-2 win over high-flying Arsenal. Six goals for the season for Ings now who will have surely be in his new manager’s plans.

At just £5.4m and selected by only 3.5% of Fantasy managers, Ings offers a bargain buy and the chance at some cheap points if he can kick on and build on his performance last weekend.

Jesus has been struggling to find the net of late but managed to grab his second and third of the season, and will be hoping to kick on in Aguero’s absence. At £10.1m he is perhaps priced too high, which is why only 1.8% of managers have him in their squads.

How did your Fantasy Premier League team fare this gameweek? An unfortunate week for me with only 45 points with nobody in my team managing to find the net, but assists from Sane and Kane helped boost my points total. 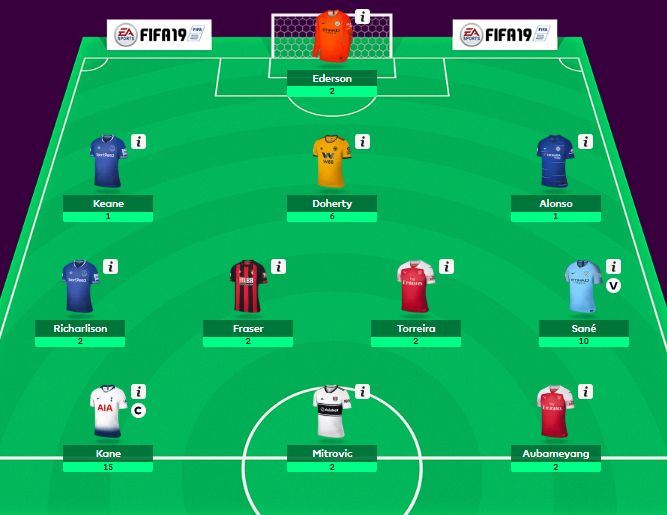