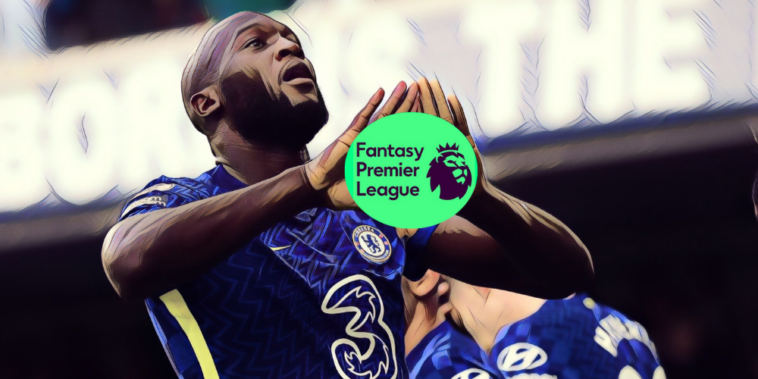 This weekend’s fixtures are headlined by a huge showdown between the division’s top two, as league leaders Liverpool take on Manchester City at Anfield.

Manchester United face Everton on Saturday lunchtime with the two teams level on points in the chasing pack, whilst a resurgent Arsenal travel to Brighton and Chelsea host Southampton.

Ahead of gameweek seven, we’ve looked at four of the best Fantasy Premier League captaincy options.

Romelu Lukaku struggled to impact the game against Pep Guardiola’s side, but a strong run of fixtures provides the Belgian with a chance to reward his ownership in the coming weeks.

Chelsea face Southampton at home this weekend, before clashes with Brentford, Norwich, Newcastle and Burnley between gameweeks eight and 11.

Lukaku has scored three times in five league appearances for the Blues so far this season and the forward – deemed a flat-track bully by some in past seasons – will no doubt be relishing a run of games that promises goals.

Fernandes’ retaining of spot-kick duties caused a surprise given the presence of Ronaldo in the side, though his miss means the latter is likely to take over penalty duties for the Red Devils.

Ole Gunnar Solskjaer’s side face Everton in the Premier League this weekend and whilst the visitors arrive with the third-best defensive record in the division in terms of expected goals conceded (xGC – 5.65), it is difficult to ignore Ronaldo’s underlying numbers.

Since returning to the Premier League the 36-year-old ranks second for expected goals and leads the league for shots inside the box.

Ronaldo has scored three times in three league appearances for the Red Devils so far and will be hoping to improve that record – and his chances for the Golden Boot – against the Toffees this weekend.

Mohamed Salah’s incredible consistency and underlying numbers have made him a popular captaincy selection so far this season, but the Liverpool forward faces Manchester City this weekend in a fixture that will put off FPL managers.

Facing City is arguably the most difficult proposition in the Premier League at present, with Pep Guardiola’s side having registered an xGC figure of just 2.69 – far and away the best defensive record in the division.

Those concerned with placing their faith in the high-stakes showdown at Anfield could do worse than look at Michail Antonio, whose statistics so far this season can match even the best premium assets.

Antonio has five goals and four assists in 2021/22 to date, hauling three double-digit scores and leading all FPL forwards despite missing gameweek five through suspension.

West Ham host Brentford at the London Stadium this weekend and whilst the Bees have impressed defensively – boasting the second-best xGC figure in the league behind only Man City – last weekend’s thrilling 3-3 draw showed there are opportunities that can be exploited.

Few FPL managers will have been looking towards Wolves for their captaincy selections so far this season, but a home clash against Newcastle could turn the heads of those in search of a differential option.

Raul Jimenez opened his account for the season with a wonderful individual goal against Southampton last weekend, the Mexican’s first since returning from the fractured skull injury that curtailed his 2020/21 campaign.

Jimenez’s first goal of the season has been coming with the forward having underperformed in terms of both xG and xA, those statistics in line with Wolves who have been amongst the league’s most wasteful sides.

Despite scoring just three times, Wolves rank eighth for xG with a figure of 9.13 and Bruno Lage’s concerns will be significantly reduced if the club continue to carve out goalscoring chances.

Jimenez ranks as the most likely source of goals for Wolves and faces a leaky Newcastle defence this weekend, with only Norwich having conceded more goals than the Magpies across the opening six fixtures of the campaign.