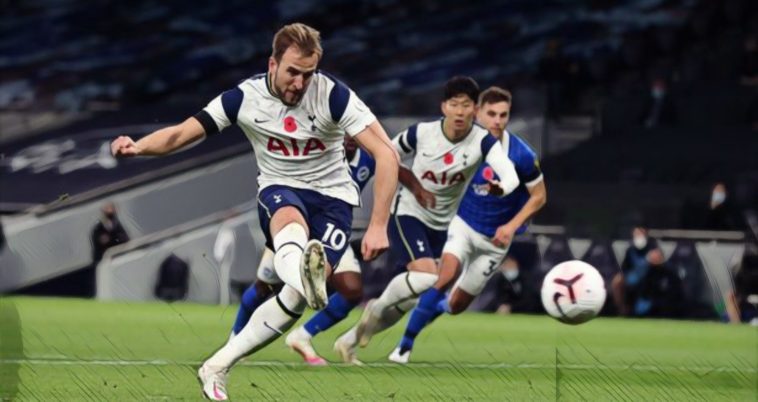 Gameweek 16 proved a nightmare for many Fantasy Premier League managers following the postponement of two fixtures amid safety concerns, though the new year provides a chance to right those wrongs with an interesting set of fixtures.

As always we’re on hand to help you with the best captaincy contenders for the latest round of action, profiling four players whose form and fixtures promise plenty of points.

Here are our four best captaincy picks for gameweek 17:

Tottenham meet Leeds on Saturday lunchtime in a fascinating match up between two teams who have delivered plenty of FPL points this season, with two of the three highest-scoring forwards going head-to-head in Harry Kane and Patrick Bamford.

Kane leads the way for forwards this season with a huge 113 points scored so far, and we’re backing the England captain to deliver once more against a Leeds side who often throw caution to the wind under Marcelo Bielsa.

Leeds head into the clash after back-to-back wins and consecutive clean sheets, whilst the Whites were hugely impressive in a 5-0 destruction of West Brom in midweek.

However, their uber-attacking style has come unstuck in several games against the division’s leading sides this season and has seen them concede 3+ goals away at Liverpool, Chelsea and Manchester United and a Spurs side clinical on the counter could exploit the space left behind by forward runners.

Kane has thrived dropping into deeper pockets of space this season with no player in the division having been directly involved in more goals, whilst he ranks second in the Premier League for total shots.

The forward has blanked in each of his past three fixtures but heads into this clash on the back of a week’s rest, Kane primed to reward his 42.1% ownership this weekend.

Is Bruno Fernandes the safest captaincy choice in FPL?

It certainly looks that way with the midfielder having returned in 11 of his 16 league fixtures this season, returning six double-digit hauls to trail only Mohamed Salah for total points so far this season.

Manchester United have also enjoyed a strong run of form over the festive period and are unbeaten in nine league fixtures, winning seven of those clashes to move within three points of league leaders Liverpool with a game in hand.

Ole Gunnar Solskjaer’s side face an in-form Aston Villa in gameweek 17 in a fixture that promises goals, the visitors boasting the third-best expected goals figure in the Premier League so far this season.

United will be desperate to continue their recent momentum and keep up the pressure at the top, however, with a positive result for the Red Devils likely to centre around the performance of the fixture-proof Fernandes.

The Portugal international ranks second in the Premier League for both goals and assists in 2020, his remarkable rate of productivity throughout the calendar year making the 26-year-old a must have for FPL managers.

Sheffield United’s disastrous start to the season has seen FPL managers target clashes involving Chris Wilder’s side this season, without a win in 16 league games to sit rock-bottom of the division.

Crystal Palace welcome Sheffield United to Selhurst Park this week and Wilfried Zaha will no doubt be relishing a chance to put the Blades to the sword.

Zaha has enjoyed his best ever start to a season and has scored eight goals and provided two assists in just 14 league appearances for the Eagles, including the opener during last week’s 1-1 draw with Leicester.

The draw with Leicester saw Palace bounce back from disappointing defeats to Liverpool and Aston Villa and the clash with Sheffield United this weekend offers the perfect opportunity to return to winning ways.

Zaha’s name will once again be linked with a move away from Crystal Palace as the January transfer window prepares to open, another strong showing this weekend only likely to increase the speculation.

Jamie Vardy will head to Newcastle this weekend relatively refreshed after being used only as a substitute against Crystal Palace last week, the Foxes forward handed a much-needed rest for the trip to Selhurst Park.

Vardy is expected to come straight back into the line-up for Leicester’s trip to St James’ Park and the 33-year-old’s impressive form on the road makes him an interesting captaincy pick for gameweek 17.

Nine of the forward’s 11 league goals have come away from home so far this season, whilst he has returned double digit FPL hauls at West Brom, Manchester City, Leeds and Tottenham.

Vardy also possesses a strong record against Newcastle with five goals in just nine appearances, including twice scoring in previous victories in the North East for Leicester.

Newcastle are unlikely to provide space on the counter-attack for Brendan Rodgers’ side and produced a dogged defensive display to hold Liverpool to a goalless draw in midweek, though their shutout against the champions was their first at home in the Premier League this season.