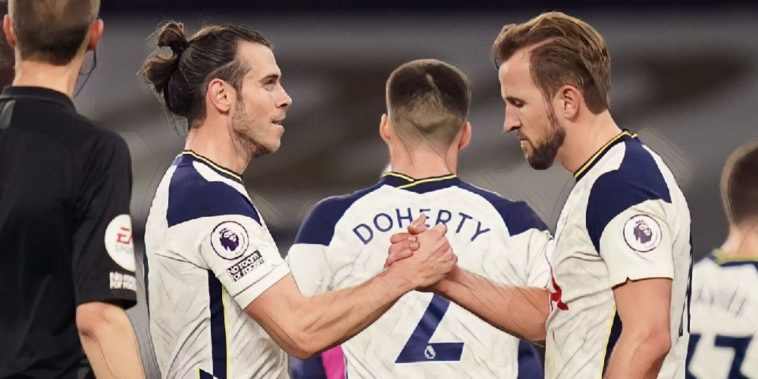 Gameweek 29 in the Fantasy Premier League season promises to be a huge headache for managers, with just four league fixtures scheduled and a whole host of blanks.

Those with Wildcard and Free Hit chips will be in an enviable position this weekend as they look to restructure their squads, the FA Cup quarter-finals having played havoc with the plans of managers who have failed to plan ahead.

In what could potentially be a week of few points, selecting the correct captain will be crucial to your hopes of a successful haul.

We’re on hand once again to offer our humble advice, here are four of the best captaincy options for gameweek 29.

Harry Kane shapes as the most popular captaincy selection of the gameweek, the forward amongst the few premium selections in action as Tottenham take on Aston Villa.

Spurs saw their five-game winning run in all competitions ended with defeat in the north London derby last weekend and will be hoping to bounce back following a largely uninspiring performance at the Emirates.

Kane heads into the clash having averaged 6.2 points over his last six gameweeks, a tally swelled by a huge 19-point haul against Crystal Palace in gameweek 27.

No player has taken more shots than the England captain this season, whilst he also leads the division for assists and direct goal involvements.

After an indifferent showing last week the forward will be keen to make amends, and Spurs can ill-afford any more slips in the race for Europe as they prepare to face a Villa defence who have looked more open in recent fixtures.

Kane is likely to take the majority of the backing when it comes to Tottenham players this weekend, though Gareth Bale represents an intriguing differential option in gameweek 29.

Bale – like many of his teammates – endured a performance to forget at Arsenal last weekend, though his showings in recent weeks have shown glimpses of the Gareth Bale of old.

The Wales international has four goals and an assist in his past five gameweeks, earning an additional five bonus points during that time in a remarkable return to form.

With Son Heung-Min absent this weekend with a hamstring injury, the emphasis will be on the winger to provide support and additional goal threat alongside Harry Kane, with the duo having demonstrated an encouraging understanding of late.

After starting just two of the club’s opening 24 league games of the season, Bale has started each of the past four and the underlying statistics point towards his influence, ranking second amongst Spurs players for shots, shots in the box and shots on target during that time.

FPL Podcast: The best players to transfer in for blank gameweek 29

The weekend’s action points towards difficult selections with a host of 50/50 games on paper, including West Ham‘s hosting of Arsenal at the London Stadium.

Both sides head into the clash in need of points to continue their respective pushes towards European football, and Jesse Lingard shapes as a captaincy selection following his performances since signing on loan for West Ham.

Lingard has averaged a huge 7.3 points per game since joining on loan from Manchester United, the highest average of any player in the Premier League this season, after scoring four times and providing two assists in six matches.

The 28-year-old ranks second behind only Aaron Cresswell for chances created amongst Hammers players in that time, whilst he has taken more shots and registered more shots on target than any other teammate.

Unavailable for selection last weekend against parent club Manchester United, a rested Lingard will be raring to go against an Arsenal side without a clean sheet in their past five fixtures.

Our final offering is another differential selection in Leeds‘ winger Raphinha, who has made a brilliant impact in his debut campaign in the Premier League.

The Brazilian has been a huge creative threat for Leeds with five goals and five assists, whilst he has created a huge 20 chances over the last six gameweeks alone.

Raphinha leads all Leeds players for shots, shots in the box and penalty area touches in that time, his blanks of the past three gameweeks owing much to misfortune as opposed to a poor run of form.

The 23-year-old had returned in six of his previous seven leading up to gameweek 26, and few would be surprised to see the winger return to FPL form this weekend in a fascinating clash between the newly-promoted sides at Craven Cottage.

Managers with attacking assets will hope for a repeat of the first fixture between the two sides this season, as Leeds came out on top in a thrilling 4-3 encounter at Elland Road.