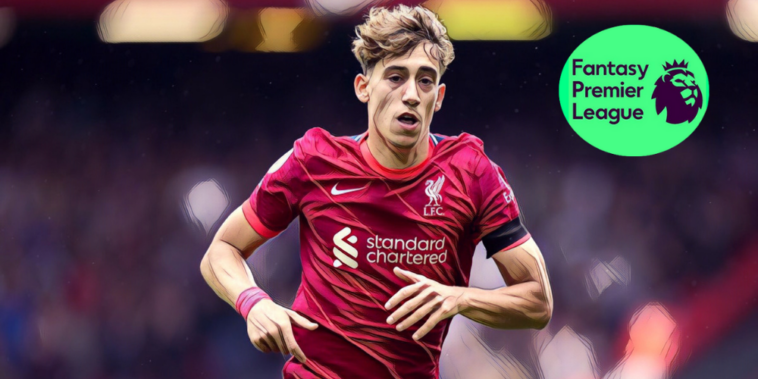 The opening two fixtures of the new Premier League campaign have already seen several budget options make an impression, and we’ve decided to assess some of the most popular budget defenders in the game so far.

So in association with our friends over at the excellent Fantasy Football Hub, here are five of FPL’s best budget defenders – priced less than £4.5m – to keep your eye on.

Kostas Tsimikas has proven a popular selection in the early weeks of the season, with the Greek left-back having already risen to ownership of more than 29% after being thrust into the Liverpool side.

Tsimikas’ prise has risen rapidly to £4.2m ahead of gameweek three, after totalling 17 points across the opening two gameweeks.

The 25-year-old registered 11 points during Liverpool’s 2-0 win over Burnley last weekend, earning bonus points after providing the assist for Diogo Jota’s opener alongside a clean sheet.

An assist in a 𝙗𝙤𝙨𝙨 all-round performance 👏🤩

He has risen in ownership once again ahead of gameweek three, but FPL managers should urge caution with Andy Robertson having returned to the substitutes’ bench during the win over Burnley.

Liverpool face Chelsea this weekend in a tough fixture at Anfield before the international break, a period which will allow Robertson to get back up to speed following his injury absence.

Despite his impressive like-for-like performances during Roberton’s spell on the sidelines, the ship may just have sailed for ownership of Tsimikas for now.

Another player who has found himself featuring regularly in the absence of injured teammates, Daniel Amartey is priced at just £4.1m despite starting both of Leicester’s opening two fixtures.

Amartey earned his ownership (18.2% at the time of writing) with six points in gameweek one, before registering zero as Leicester were well beaten at West Ham on Monday night.

The signing of Jannick Vestergaard – who missed the trip to the London Stadium with a minor injury – and the impending return of Jonny Evans will increase competition for places, however, with Amartey’s place in the side far from assured as we head into gameweek three.

Leicester were poor defensively as they were thrashed 4-1 by the Hammers and Brendan Rodgers may look to reshape his backline ahead of a trip to Norwich this weekend.

Amartey’s versatility in being able to feature at centre-back, right-back, and in midfield mean he is likely to get games this season, but his days as a guaranteed starter already look numbered.

Shane Duffy’s renaissance at Brighton has seen the centre-back attract significant FPL interest, with the Republic of Ireland international starting the season in strong form for the Seagulls.

Duffy’s career with the club looked all but over after being loaned to Celtic last season, enduring a difficult spell north of the border before his return to the Amex Stadium.

Ben White’s sale to Arsenal has provided the 29-year-old with an opportunity in Graham Potter’s side, one he has seized to date with impressive performances against Burnley and Watford.

7 – Among central defenders since the start of the 2018-19 season, only Lewis Dunk and Virgil van Dijk (both 10) have scored more Premier League goals than Shane Duffy (7). Source. #BHAWAT pic.twitter.com/no9WJgxqIQ

Duffy scored during the win over Watford to haul 14 points in gameweek two, with only two centre-backs – Lewis Dunk and Virgil van Dijk – having scored more goals than the Irishman since the start of the 2018/19 season.

Brighton boasted some of the best home defensive stats in the Premier League last season and if Duffy can maintain his regular role in the side, expect his 9.8% ownership to soar.

Tino Livramento was expected to take time to adapt to the demands of senior football this season, but the summer signing has made an immediate impression at Southampton.

Selected ahead of Kyle Walker-Peters for the Saints’ opening two fixtures of the season, the teenager has starred at right-back and was named man of the match following his side’s draw with Manchester United in gameweek two.

Livramento was named as Chelsea’s Young Player of the Season last term before his move to St Mary’s and the 18-year-old’s pursuit of first-team football has already been vindicated.

Interestingly, Walker-Peters was subbed on for left-back Romain Perraud during the 1-1 draw with the Red Devils, whilst Ralph Hasenhuttl also switched to a back three in a move that pushed Livramento further forward.

Whilst yet to return in the opening two gameweeks, the prospect of a £4m defender playing week in, week out will appeal to FPL managers looking to free up extra funds.

Brandon Williams completed a season-long loan move to Norwich this week, with the Manchester United full-back in search of regular minutes as he continues his development.

Priced at just £4m given his peripheral status at Old Trafford, there is a realistic expectation that Williams will become an automatic starter at Carrow Road, with left-back Dimitris Giannoulis having struggled during the club’s opening two fixtures of the 2021/22 campaign.

Williams enjoyed a strong debut as the Canaries thrashed Bournemouth 6-0 in the second round of the Carabao Cup in mid-week and could be in line for his Premier League bow against Leicester this weekend.

Norwich have shown little so far to suggest that clean sheets will be a regular occurrence this season, but a £4m defender playing each week represents a fine option as a fifth FPL defender.