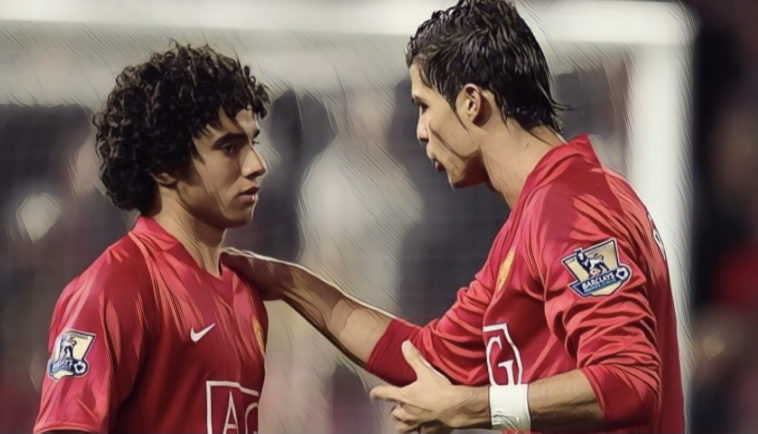 Former Manchester United defender Fabio da Silva has recalled Cristiano Ronaldo’s personal influence on him during their time together at the club.

The major story of the now-closed transfer window was the long-awaited return of Ronaldo to Old Trafford, 12 years after the Portuguese icon had originally left the club to make an £80m move to Real Madrid.

One man who lined up alongside the prolific forward in his first spell in English football was Fabio, the Brazilian full-back joining the Red Devils in 2008, with his twin brother Rafael also making the switch to England.

Fabio would go on to become a sporadic member of Sir Alex Ferguson’s side – albeit while winning a Premier League title and lining up in the 2011 Champions League final – while his brother managed to secure a more regular starting berth, playing a key role in three league title triumphs.

Their initial arrival at the ‘Theatre of Dreams’ was seemingly aided by the intervention of a certain Ronaldo, with Fabio recalling that the former Sporting Lisbon had called them up back in 2005 to convince them to join United, amid interest from rivals Arsenal.

“First it was a Portuguese greeting,” Fabio told the Mail. “Then the voice says: ‘It is Cristiano Ronaldo.’ I think it is a joke but he says: ‘No, it is Cristiano here. I’m calling you to tell you to come to United. I can help you guys so you need to come. You’re going to enjoy.’

“Sir Alex Ferguson must have known about [interest from] Arsenal. This was his way of making sure we came to Manchester. It worked.”

The 31-year-old – who currently plays for Ligue 1 side Nantes – went on to add that Ronaldo had been a hugely influential figure for him during their time together at the club and insisted that the current crop of United stars should be ‘thankful’ for getting the chance to play with him.

“That meant so much and, of course, his talent is something I’ve never seen in my life.

“I love him because he set a very big example for young boys like us. That is what he will do for the players this second time.

“The things I took from Cristiano are for life. The players about to play with him now at United should be thankful every day.”