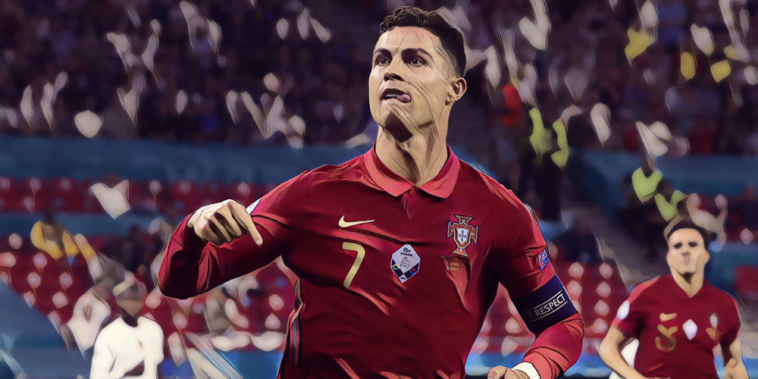 Cristiano Ronaldo is now the leading goalscorer in the history of men’s international football, the forward’s match-winning brace against Ireland this week moving the superstar to an astonishing 111 goals for Portugal.

It’s another incredible achievement in a career where records have continued to tumble for Ronaldo, the five-time Ballon d’Or winner showing few signs of slowing down with more milestones still to be reached.

Unquestionably one of the all-time greats, we look at the facts and figures behind Ronaldo’s record.

Where were his goals scored?

Ronaldo has scored seven goals in World Cup finals, whilst he one of just four players – alongside Pele, Uwe Seeler and Miroslav Klose – to score in four editions of the tournament.

He is also the oldest player to ever score a hat-trick in a World Cup, having netted three times against Spain aged 33 years, 130 days at the 2018 edition in Russia.

Remarkably, just 19 of his record-breaking 111 goals for Portugal have come in friendly fixtures, with his greatest success having come in the European Championship.

Ronaldo won the tournament’s Golden Boot at Euro 2020 with five goals, a haul which moved him past Michel Platini (9) as the outright leading scorer in European Championship history.

He is the first and only player to have played and scored at five editions of the tournament having netted his first international goal as a teenager at Euro 2004, whilst he is the only player to have scored three or more goals at three European Championships (2012, 2016, 2020) and holds the record for the most headed goals at the finals (5).

No player has scored more goals than Ronaldo (21) in both the European Championship and World Cup combined, his Euro 2020 haul moving the forward past Miroslav Klose (19).

How have Ronaldo’s international goals been scored?

Ronaldo is recognised as one of the greatest goalscorers of all time and his ability to score in multiple ways is evidenced in the breakdown of his record haul.

Just over half (53%) of his goals have come from his favoured right foot, including 10 free-kicks and 14 penalties, with headers (24%) and left foot (23%) fairly evenly split.

Ronaldo has also missed seven penalties at international level, including seeing an effort saved by Ireland’s Gavin Bazunu prior to his record-breaking brace this week.

Ronaldo holds the joint-record for international hat-tricks having netted nine trebles in Portugal colours, his first coming against Northern Ireland at Windsor Park in 2013.

Perhaps his most memorable came during a play-off for the 2014 World Cup, scoring three times as the Portuguese came from behind to defeat Sweden 3-2.

He has netted four times in an international fixture on two occasions, against Andorra and Lithuania respectively.

How does Ronaldo’s record compare to other nation’s leading scorers?

Ronaldo is just the second player to reach a century of international goals, his haul of 111 goals eclipsing the record set by Iran’s Ali Daei.

Fellow Real Madrid legend Ferenc Puskas is the next highest-scoring European player after netting 84 goals in just 85 appearances during Hungary’s golden age, whilst Ali Mabkout and Lionel Messi are the next highest active players on 76 goals each.

Ronaldo has scored the most goals against Sweden and Lithuania during his international career, his haul against the latter incredibly coming in just two fixtures with successive hat-tricks during qualification for Euro 2020.

Ronaldo is now the joint-most capped player in European football history after representing Portugal against Ireland this week, moving level with the 180 appearances made by former Real Madrid teammate Sergio Ramos for Spain.

Long-serving international teammates Joao Moutinho and Ricardo Quaresma lead the way for assists provided to the talismanic number seven, with each having provided eight assists for Ronaldo goals.

Bernardo Silva and Nani have each registered six assists for Ronaldo goals, whilst former Barcelona and Chelsea midfielder Deco created five goals for his illustrious teammate.