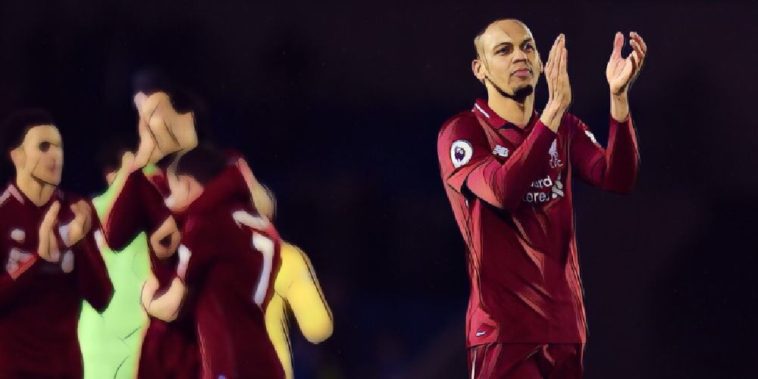 Liverpool midfielder Fabinho has insisted he never thought about leaving the club, despite a tough start to life on Merseyside.

The Brazil international endured a patchy start to his Liverpool career after arriving from Monaco for £39 million in the summer. The 25-year-old was even linked with a swift exit from Anfield, with PSG reportedly interested in his services, although he has now revealed that he had no intention of returning to France.

“I know a lot of things were written in the newspapers, but it wasn’t true.

“If I had to sign at PSG, it’s the year before it could have been done. They were very interested, I talked a lot with Antero Henrique [PSG’s sporting director] and the club’s leaders, but it didn’t work. The year after, I did not wait for them and then I thought it was time to leave France.”

Fabinho has now played 18 times for the league leaders, despite having to wait until October for his full Premier League debut. He grabbed a first goal for the Reds in December at home to Newcastle United in a 4-0 win, and has become an integral part of Jurgen Klopp’s side in over the last couple of months.