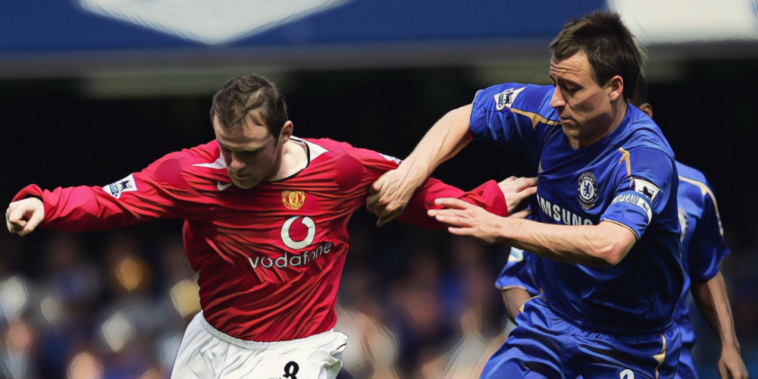 The FA have contacted Wayne Rooney over his comments revealing he tried to injure Chelsea players during a game with Manchester United.

Rooney revealed in an interview this week that he once changed his studs with the intention to ‘try and hurt someone’ during Manchester United‘s 3-0 defeat at Chelsea in 2006, a result which confirmed the west Londoners as Premier League champions.

“We knew if Chelsea won then they had won the league that day,” Rooney told the Mail on Sunday.

“Until my last game for Derby, I always wore the old plastic studs with the metal tip.

“For that game I changed them to big, long metal ones – the maximum length you could have because I wanted to try and hurt someone, try and injure someone.

“I knew they were going to win that game. You could feel they were a better team at the time so I changed my studs.

🤣🤣 @WayneRooney is this when you left your stud in my foot? 🤣 https://t.co/sSJH7AwCTK

“The studs were legal but thinking if there’s a challenge there I knew I’d want to go in for it properly, basically. I did actually.

“John Terry left the stadium on crutches. I left a hole in his foot and then I signed my shirt to him after the game… and a few weeks later I sent it to him and asked for my stud back.

“If you look back when they were celebrating, JT’s got his crutches from that tackle.”

The BBC are reporting that the FA have now contacted Rooney and could issue the former England captain with a fine, with another former Manchester United player, Roy Keane, having been retrospectively banned and fined for admitting he deliberately sought to injure Manchester City midfielder Alf Inge Haaland during a game in April 2001.

Read – Player Analysis: Why Bruno Guimarães is the signing of the January window