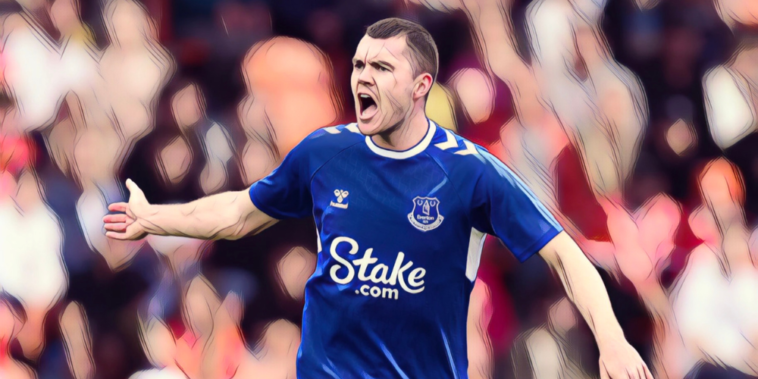 Everton have rejected an approach from West Ham to sign Michael Keane on a season-long loan deal.

Frank Lampard’s side are short of defensive cover at present following injuries to Ben Godfrey and Yerry Mina, though increased their options with the loan signing of Conor Coady from Wolves this week.

Godfrey has undergone surgery after sustaining a fractured fibula in the 1-0 loss to Chelsea on Saturday evening, while Mina was also forced off in the same fixture with ankle ligament damage.

According to the Sun, Everton have turned down an approach from West Ham to sign Keane, with the Hammers in the market for a centre-back following the sale of Issa Diop to Fulham.

David Moyes side have also seen summer signing Nayef Aguerd ruled out for up to three months with an ankle problem and is keen to bring in reinforcements before the closure of the transfer window.

Keane signed for Everton in a £30m deal from Burnley in 2017 and has since made 186 appearances in all competitions for the Toffees. The 29-year-old has earned 12 caps for England, but has not appeared for the Three Lions since November 2020.

West Ham used Ben Johnson as an auxiliary centre-back in their defeat to Manchester City on Sunday with Craig Dawson also sidelined.