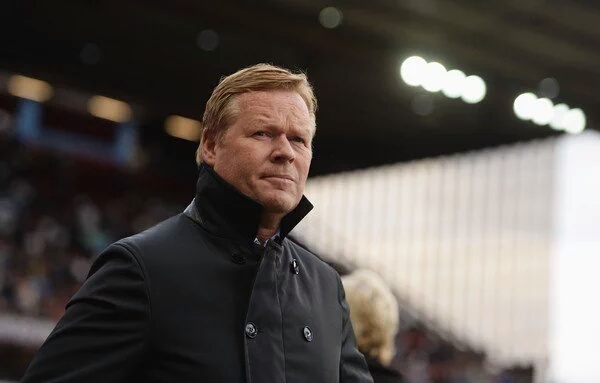 Hopes were high for Everton fans going into the January Transfer Window with many expecting an almost reshape of the squad with incomings and outgoings. However it was on the pitch that Everton excited fans while in the transfer section it hasn’t been bad but it hasn’t set the world alight as many hoped it would.

With both Ademola Lookman and Morgan Schneiderlin coming early in the window and both not yet ready to start games it seems that there’s no major change evident at The Blues yet. Since these two, the talk of first team signings has slowed down with much of the links and rumours seeming to be players who are for the future. This is by no means a bad thing as it’s always good to build for the future with strong youth development as shown this season already with the likes of Tom Davies, Mason Holgate and Dominic Calvert-Lewin all starting games and playing well for the first team. However there is a lack of depth in immediate quality visible in areas of the squad, depth that has been lacking for years at this point.

Central midfield is currently one of the only areas that you can say that Everton are strong enough in, and when Idrissa Gueye returns from The African Cup of Nations, and Morgan Schneiderlin gains full match fitnes, they’ll no doubt form an immediate intimidating partnership. Add young Tom Davies into the mix, who will be hot on their heels letting the players know they can’t go missing in games or else he’ll gladly come in and show the manager why he’s the right man to start.

A lack of options

Aside from central midfield, depth in quality is fairly sparse. Whilst Joel Robles has been in excellent form recently and deserves his first choice jersey, it remains to be seen if he’s the long term option for the future.

Williams, Funes Mori and Holgate have formed a solid back 3 thus far. But one injury or suspension, leaves just Phil Jagielka as backup. The 34-year old England international has even been linked with a move away from Goodsion Park this month.

At right-back, Seamus Coleman has never had an adequate replacement or backup during his Everton career. Central defenders like John Stones and Mason Holgate have deputised for the Irishman whilst Tony Hibbert never had the quality needed over the last 5 years to play in the Premier League. Meanwhile, at left-back, Bryan Oviedo is also not an adequate backup for a Leighton Baines who, despite what many would say, is slowing down.

Ross Barkley has no backup whatsoever in the Number 10 role so if he’s injured or suspended the whole team’s organisation and shape must be changed. And finally like Seamus Coleman, Romelu Lukaku has never in his Everton career had a suitable backup, replacement or even partner remotely close to his level and he’s clearly a striker who’ll struggle to play on his own every so often.

Overall, its hard to argue that the first 11, no matter how good it is, is subject to falling apart if the wrong player gets suspended or injured for a lengthy period. I think most Everton fans would agree that the least Everton need in the remaining days of the window is a Centre-Forward who can play alongside Lukaku or even replace him in the team when he’s out of form.

That is the bare minimum required and I think if that were the only addition it would lead to slight disappointment but as long as the football was kept to the current standard it would be forgiven. As for further replacements I would say a Central-Defender is also a must as Funes Mori can be very hit and miss, quite literally when it comes to clearing it sometimes, and perhaps needs a defender to put pressure on him to know that he needs to improve as Jagielka is currently no real threat to any of the current crop given his form this season. I think if Everton spent £30m-£45m on these two positions they’d be much better off not only in the long run but also in this season as it could help mount an even bigger challenge on the Top 6.

Get rid of the dead wood

While some would say that £45m is too much to ask for Everton to spend I’d argue that in today’s market it really isn’t as much as it seems. The money is there from Farhad Moshiri and add into the mix the funds from a few player sales, then that could happen. I feel like to really make the window a true success the deadwood need to shifted out. Players such as Arouna Kone, Darron Gibson, Bryan Oviedo and more, who barely contribute to the team anymore need to go.

The fact is, that in Everton’s current Premier League squad I could name probably 4 or 5 who are not only not Everton quality, but are not even Premier League quality. That is quite astounding.

Tom Cleverley and Oumar Niasse have already been shipped out on loan, but more needs to happen.

Following our FA Cup exit earlier this month, we only have Premier League to concern ourselves with for the rest of the season. Koeman can probably afford to let almost a quarter of his registered squad go during this window and not feel any repercussions. There is little need for squad rotation every week. Tom Davies is also proof that some of David Unsworth’s under-23 team are ready for Premier League minutes over some of the more “experienced” players in the squad.

Koeman said in his last press conference that he’s not looking to add just to make up the numbers or for the sake of it and rightfully so. I think the best policy would be to get rid of the deadwood immediately and rebuild for European football with adding true quality in the summer.

For too long, players have been allowed to simply see out their careers at Everton, contributing nothing and yet still taking a hefty wage due to past “achievements” with the club. Players like Tony Hibbert and Leon Osman who were released in the Summer then complained and moaned that the club isn’t a “family club” anymore. Good. It’s a business and should be run as such. In no other line of work could someone not contribute for months and years and still expect a wage especially one as good as they were both getting.

I’m happy that Koeman has basically confirmed that Jagielka and co. are free to leave because it shows that sentiment isn’t that much of a factor in players being allowed to stay in the club. I feel that it’s better for Jagielka to leave now before the crowd really turn on him like they did Sylvain Distin and Tim Howard. Both players who should’ve left long before they did to preserve their reputations in Everton.

If Ronald Koeman wants to usher in a new era in Everton, one that is challenging for titles, this must happen.

Top quality players must be brought in and non contributors must be bombed out. There is no alternative. Every top side does it and that’s why they’re top sides. Manchester United, Chelsea, even Liverpool all have got rid of players they knew were no longer good enough despite that actually those players would’ve achieved something at the club like trophies and records. Lampard, Gerrard and soon to be Rooney. All these players despite winning major honors and setting records for their club were all left go when it was clear they weren’t up to it anymore and Rooney will follow the exact same path, probably a path that will lead him back to Everton.