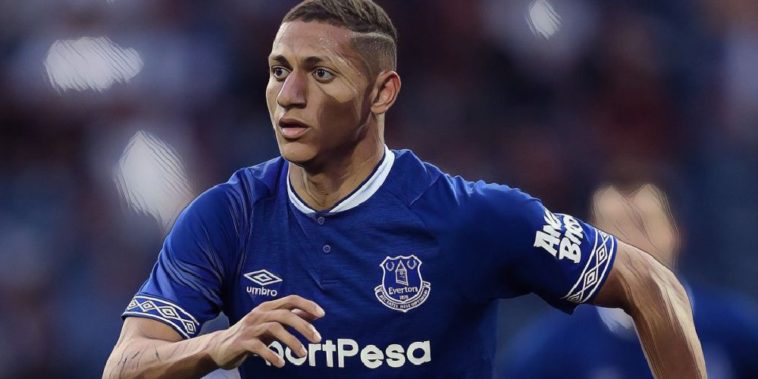 Everton are set to maximise their revenues with the club announcing a record kit manufacturing deal with Hummel and in discussions over new shirt sponsorship deals.

The Merseyside club have announced a new three-year partnership with Hummel ahead of the 2020/21 season, the Danish sports manufacturer set to provide kit for the Men’s, Women’s and Academy squads as well as the club’s coaching and Everton in the Community staff.

Hummel will replace current manufacturers Umbro, with Everton chief executive Denise Barrett-Baxendale confirming in a statement that the deal represents a club-record partnership.

“This announcement marks the start of an exciting new commercial relationship as we welcome Hummel to Everton,” she said.

“It is really important that we drive maximum value from our commercial deals and this is a Club-record deal for a technical partnership for Everton. It is also important we work with brands that share our ambition and we have all been impressed with Hummel’s originality, commitment to quality and vision to challenge expectations. We look forward to working with them to deliver our players and supporters an exciting range of products over the coming years.”

According to The Athletic, the deal will represent the biggest kit deal outside of the Premier League‘s top six, worth around double the £5m-per-year Umbro were paying, but still significantly short of the £30m that sixth highest Tottenham receive each season from their deal with Nike.

The news comes after the club announced in February that they are ending their shirt sponsor partnership with African gaming brand SportPesa, though no announcement has yet been made over a new main sponsor ahead of next season.

The Liverpool Echo have also revealed that talks are underway over replacing Angry Birds as the club’s shirt sleeve sponsor, after talks over a renewal of the £3m-per-year arrangement came to a halt.

Discussions will now continue over new sponsorship deals ahead of next season, the Toffees maximising of several revenue streams a welcome boost amid the financial impact of the coronavirus pandemic as they look to challenge for European places in the coming seasons.