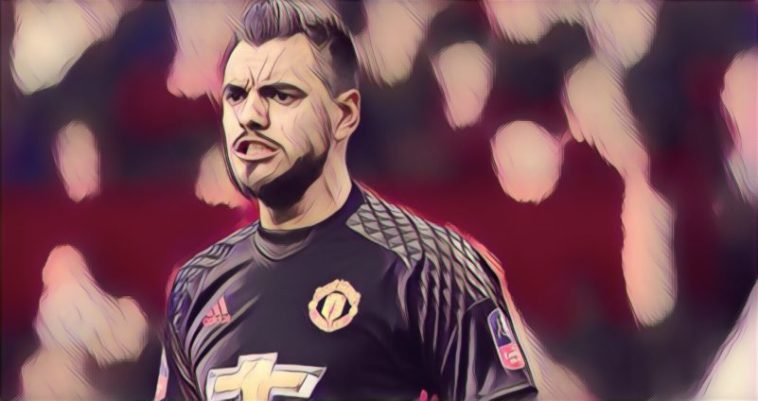 Everton are being linked with moves for Sergio Romero and Paulo Gazzaniga as the club look to provide under-fire goalkeeper Jordan Pickford with competition following his inconsistent displays.

Pickford’s form has once again come under scrutiny following another error in Everton’s 4-2 win over Brighton, the goalkeeper heavily criticised after dropping a routine catch to gift Neil Maupay an equaliser at Goodison Park.

It was the England international’s fourth error leading directly to a goal this calendar year, whilst no goalkeeper has now made more mistakes leading to goals since the 26-year-old’s arrival at Everton three years ago.

The goalkeeper’s inconsistent form has now reportedly led Everton to consider their options in the transfer market with Paul Joyce of the Times reporting that that club have made contact with Manchester United‘s Sergio Romero and Tottenham’s Paulo Gazzaniga, the duo potential targets as the Toffees seek increased competition.

Everton made contact over Sergio Romero [Man Utd] and/or Paulo Gazzaniga [Tottenham] as they look to bring in a goalkeeper to challenge Jordan Pickford. Everton prefer a loan move, but United and Spurs want permanent deals. Southampton confident on deal for Theo Walcott.

Romero has been regarded as one of the best deputy goalkeepers in English football since moving to Manchester five years ago, but his prospects of first-team football look slim following the return of Dean Henderson to the club following a two-season loan spell at Sheffield United.

Gazzaniga has also slipped down the pecking order to third choice at Tottenham following the summer signing of free agent Joe Hart, and both could be allowed to leave before the transfer deadline this evening.

Everton are believed to have approached United over a loan deal for Romero – though the Red Devils are understood to want a permanent departure for the Argentine – and it remains to be seen whether the Toffees can secure their second signing of deadline day after the confirmed capture of Ben Godfrey from Norwich.

Liverpool have also been tentatively been linked with a move for Gazzaniga following the latest disappointing display from number two ‘keeper Adrian, though it would seem a move to Goodison Park would potentially offer more game time given the inconsistent form of Pickford.