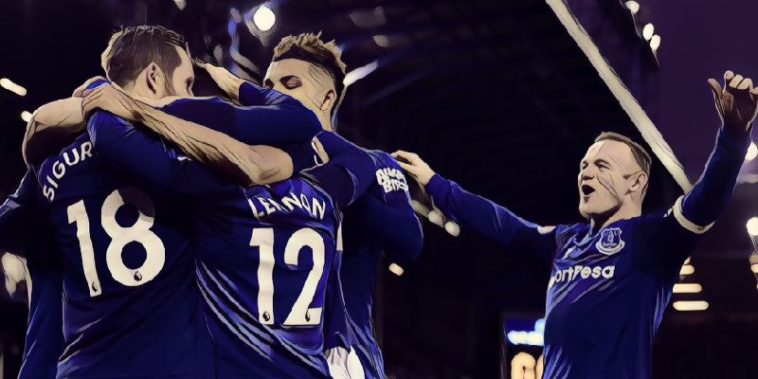 Big Sam Allardyce got off to a strong start as his Everton side cruise past an uninspiring Huddersfield side, here’s five things we learned.

‘Fireman Sam’ off to a flyer

There have been many critics of the Sam Allardyce appointment, however, the new manager of the blues received a warm welcome from the home faithful before the game kicked off.

Going into this game the omens were good for Allardyce, with none of Everton’s previous seven managers losing their first game in charge. The last person to do so was Billy Bingham back in 1973. That stat was a sign of what was to come as it arguably couldn’t have gone much better for Allardyce.

An assured performance was followed up by a clean sheet and the all-important three points as Everton put in a solid graft to see out the win. Although it was a dire first half in which either side failed to create any serious chances, the second half was a massive improvement and led to the eventual winning goals.

This was a big win for Allardyce who will now be hoping this confidence can be taken into the game on Sunday, the Merseyside derby. Win that one and Allardyce may be making even more friends for himself down at Goodison.

The win against Huddersfield means Everton now sit 10th in the table and are just seven points off seventh place. Before Allardyce was appointed, the Blues were tipped to be in a relegation fight and were in a crisis, now it is a completely different story.

The teams shape also seems to have massively improved, the defence once again were solid and restricted Huddersfield to few chances despite all the time they had on the ball. Allardyce has already announced that he wants to push for a top seven finish and with similar performances it certainly isn’t out of the question.

Chance of redemption for Williams and Martina?

It’s safe to say that Williams and Martina are not everyone’s cup of tea. The pair previously have put in some seriously questionable performances in a blue shirt leading to a lot of criticism coming there way.

Many fans were calling for the head of Williams and were enthusiastically talking about a January transfer out of the club for the Welshman. Martina also faced similar disapproval and it was wondered what the club actually saw in him when they signed him in the first place.

The same could not be said in the game against Huddersfield however, with both putting in solid performances. Williams looked like the player Everton had signed from Swansea two seasons ago and Martina, who many have questioned whether he’s a genuine footballer or not, had what was easily his best performance in an Everton shirt, in his weaker position.

With Baines currently out injured and the Merseyside derby up next for the blues, Everton fans will be hoping that this defensively strong unit can stay in place and keep at bay players such as Salah.

After a fantastic start to life in the Premier League which saw them pick up seven points from their opening three games, Huddersfield have now a hit a tricky patch.

The terriers have now failed to win in their last four games, which includes results such as a 4-0 defeat to Bournemouth and a 5-0 defeat at the hands of Arsenal. On top of that they’ve only managed two goals in their last six games, failing to score in four of them.

Huddersfield now find themselves dropping down the table into 15th place and find themselves just five points off the bottom three. With teams like Palace now coming into a run of form themselves, Wagner will have to be weary about getting dragged into a relegation fight.

Away day blues for Huddersfield

Huddersfield have enjoyed a decent start to Premier League life under David Wagner, however, fans would probably wish their away form was slightly better.

The Terriers have just won one of their seven away games which came on the opening day of the season against Palace. Huddersfield have also only scored three goals and conceded 14 in these seven games.

Compare this to their home form, where they have picked up three wins and two draws in their seven games and scored six and conceded just eight. You can see that away games are a serious problem.

Burnley proved last season that you can still survive relegation without good form on the road, however, there is still a major risk that this could cost Huddersfield their Premier League survival unless they fix it very soon.