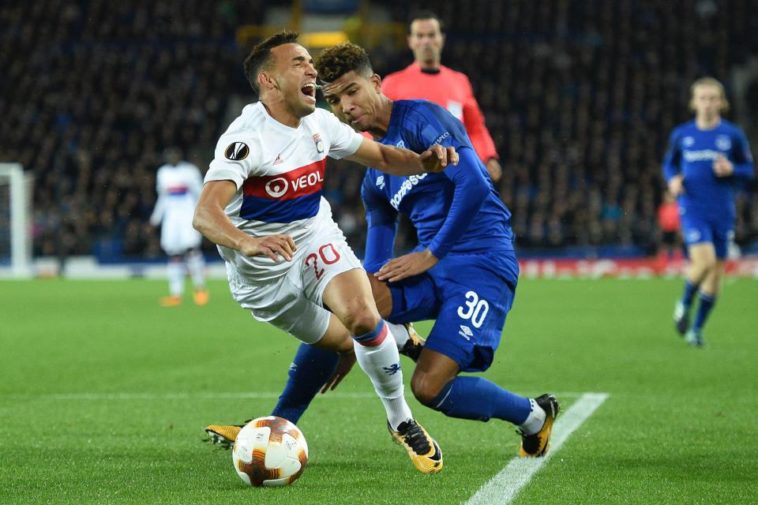 Another defeat results in Everton looking like they’re about to exit the Europa League. Here’s five things we learned.

Koeman is now under massive pressure

To be under pressure over your job is a horrible thing for any manager and in Koeman’s case it is beginning to visibly show. This result certainly wouldn’t have helped matters and all eyes will now be on him during the Arsenal game.

Many fans have already turned their backs on Koeman and if Everton lose on Sunday they could find themselves in the bottom three which will further increase scrutiny.

Although Everton’s performance improved as the game went on, the team crumbled once Lyon scored their second of the game. There is an argument that the team are struggling getting results over the line which is something the Dutchman will have to address.

Even if Everton win on Sunday however, there will be no forgetting about this campaign. Every English team is top of their respected group in Europe apart from Everton, who are bottom.

It will come as no surprise then that Koeman’s record in Europe as a manager is woeful as he has only won six of his last 32 European matches. This includes qualifiers. This will raise even more questions about whether he is the right man to lead Everton forward.

Everton could soon be crashing out of the Europa League

There was a lot of optimism going into the Europa League on the blue half of Merseyside, around £150 million spent and a decent looking group equalled a good run in the competition. The reality couldn’t be more different.

It will now take a virtual miracle if Everton are to qualify from the group and the blues will now probably have to win all of their remaining games, which includes an away trip to Lyon. Even with three wins from three it’s unlikely Everton will top the group meaning the best they can go for is second.

When looking through the history books it certainly doesn’t help Everton’s case. Throughout the history of the competition only three teams have managed to qualify from the group stage after just one point from three games. This includes Hertha Berlin in 2009/10, Dnipro in 2014/15 and AZ Alkmaar in 2016/17.

With that and Koeman’s record (as mentioned above) it is hard to see where them victories are going to come, meaning Everton may have just done their own version of Brexit. 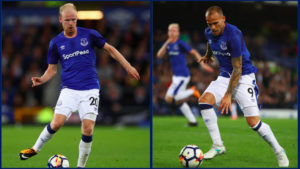 The big question surrounding this is how long will they take before they do settle or even worse, will they settle at all?
Klaassen once again had a poor performance in a blue shirt and struggled to settle into the game.

The former Ajax captain received a hero’s welcome when he returned to his former club a few weeks ago but based on recent performances he’ll never have such high prestige with the Everton fans.

Klaassen also cost Everton around £25 million meaning he’ll be a pretty pricey flop if he fails for the blues. Judging by recent performances it may take Klaassen a whole year before he comes good but with the current form of the team that may not be good enough.

As for Sandro he has picked possibly one of the worst times to be in a poor run of form. Everton are crying out for a striker but he does not look like the man who can offer that. Due to his price tag of just £5 million he will arguably be given less scrutiny but does need to improve his game and quickly.

It was his awful back-pass which resulted in the Lyon second goal, doing the complete opposite of what he was brought on for. Other than that, he failed to have any real impact on the game apart from a good cross to Calvert Lewin who forced a good save from Lopes. Sandro needs to make a name for himself while he has a chance.

This is something that has been said a lot already this season, but it couldn’t be more apparent last night.

Holgate definitely had a game to forget but will have to dust himself down as, with the injury to Kenny and Martina covering Baines on the left in last night’s game, there is a serious lack of cover in the right back role. Despite how well he did last season, Holgate is still playing out of position and it showed.

It is hard to see Coleman giving away the penalty that Holgate did due to his experience. But more importantly he offers Everton something going forward and the lack of his presence in that role is evident.

As Everton are currently struggling for wingers and they are crying out for a full back who can get up and down the wing with relative ease. There were plenty of times Everton could have exposed Lyon with this move. The lack of this presence limits Everton’s options and when chasing games this can create problems.

It is safe to say that when Everton scored that equaliser it felt like it was only a matter of time before they went in front. The momentum was on their side and the atmosphere in the ground had massively picked up.

The Traore goal definitely threw a spanner into all of that, once that goal went in it felt like the place deflated. It showed in the players performances as after that goal – the only real chance Everton created was the Calvert Lewin header (mentioned above).

Everton have now failed to win in their last four games in all competitions and have only won twice in the league this season. Their serious lack of confidence affected them in this game as they seemed to struggle to muster up the courage to get something back from the game.

With Arsenal up next Everton need to learn how to claw back results otherwise they may find themselves at the end of a hiding from the Gunners.