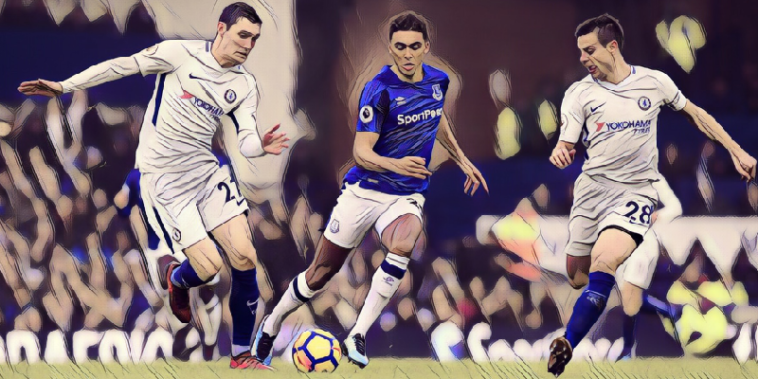 Substance over style for Everton

Not for the first time this season, Chelsea will now join the list with teams such as Liverpool and Newcastle to come out and say they deserved more against Everton. However, just like in response to the other teams that have come out with disappointment over the result, Everton still never lost.

This was the first goalless draw at Goodison since February 2015 against Liverpool, and it was also the first time Everton have failed to register a shot on target since they played Stoke in December 2011.

Allardyce’s football against the big boys may not be the prettiest but it sure is effective in nullifying the opposition and their strengths. Chelsea dominated from start to finish and were extremely lucky not to get all three points, yet they couldn’t break through Everton’s solid backline.

It is clear that Allardyce’s successful attempts in shoring up Everton’s backline is the main reason behind the Blues recent upturn in form. Everton have now kept four clean sheets in their last six league games – as many as they had in their previous 29 league games.

Allardyce has now led the Toffees to a six game unbeaten run in the league and that includes points against the big teams like Liverpool and Chelsea. Although Everton didn’t play particularly well in those games they did enough and that is all that is needed as Everton begin the process of climbing up the table.

With out-of-form West Brom and Bournemouth up next for the Toffees, Allardyce will be hoping that his unbeaten run can continue in time for the next big game in Everton’s calendar – Manchester United.

Keane and Jagielka both keen to show their worth

Due to the outstanding recent performances of Williams and Holgate, both Jagielka and Keane have found games hard to come by. However, after illness struck Everton’s usual centre-half pairing, Keane and Jagielka were given their chance; and they grabbed it with both hands.

Both players received man of the match awards by numerous media outlets and it was well deserved. Jagielka made 14 clearances, two clearances off the line, won three aerial duels and blocked four shots.

Keane on the other hand made eight interceptions, five clearances, made two tackles and won three quarters of his aerial duels, all in his first game under Allardyce. This will surely will give Allardyce a nice selection headache for Everton’s next few fixtures.

Chelsea not the same threat as last season

Morata’s suspension was a big blow for Chelsea, with Eden Hazard occupying his place upfront. As good as Hazard is he prefers to drop deep to collect the ball, something that was made obvious in this game. It meant Chelsea had no focal point which made life much easier for Everton’s well drilled backline.

Despite Chelsea still having a good season so far, in comparison to last season, it feels slightly flat. Chelsea have now had two goalless draws in the Premier League this season, something that they did not experience at all last season during Conte’s first season in charge.

After 19 games last season Chelsea were top of the table on 49 points and had only lost two games, this time around they find themselves third in the table with 10 less points and with four losses. Their form this season, coupled with Manchester City’s, now means they are already out of the title race.

There may be a future for Sandro after all

In the press this week, it was said that Allardyce had tried something new during his training session by putting on an 11 v 11 match for all the players not getting into the team. The idea was to get those players to show their worth and if rumours are to be believed Sandro is one of them who did.

Although Sandro didn’t have any impact on the game, Allardyce will be aware he needs to be patient with the player before he can show the ability that led to Everton buying him from Malaga. If Allardyce does continue to pick him then Sandro may re-consider returning to his old club in January.