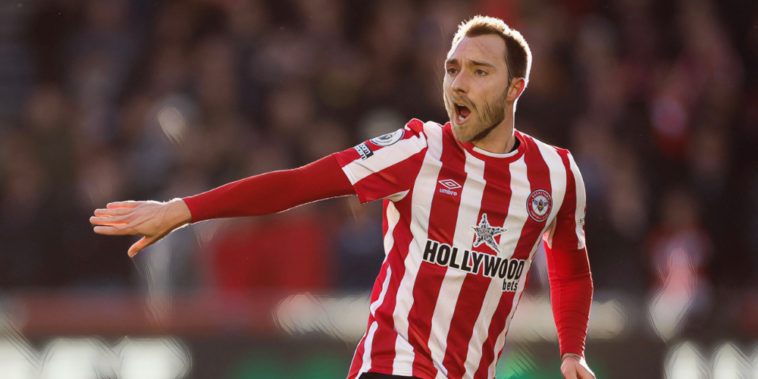 Christian Eriksen has revealed his ambition to play Champions League football again and says he has plenty of ‘offers’ ahead of the summer transfer window.

Eriksen signed a short-term deal at Brentford in January and has starred since making his remarkable return to football, with the midfielder having been the catalyst behind the Bees’ impressive run of form.

The 30-year-old signed for Brentford as a free agent on a six-month contract, having made a return to the sport after he suffered a cardiac arrest on the pitch while playing for Denmark at last summer’s European Championship.

He has scored once and provided four assists in nine league starts for the Premier League side and his performances have not gone unnoticed by clubs across Europe, with Manchester United and former side Tottenham among those linked.

Eriksen will be a free agent this summer should he not sign an extension at Brentford and the Dane has revealed he is considering a number of ‘different offers and options’.

The midfielder admits he would ‘love’ to play Champions League football again but says it is not ‘essential’ when deciding on the next step in his career.

“I have different offers and options, which we are considering, and then we make a decision,” he told Viaplay after Brentford’s 3-2 win at Everton.

“I would love to play Champions League football again. I know how much fun it is, but it isn’t essential for me.”