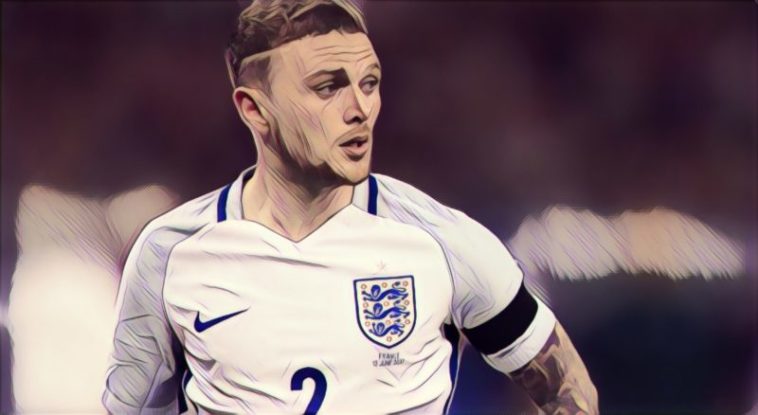 One of England’s most impressive players so far at the World Cup has been right wing back Kieran Trippier, and the Spurs man has been discussing how he honed his superb dead ball delivery that has been such an asset to Gareth Southgate’s side in Russia.

The Three Lions have looked a threat from set pieces in all their games so far at the World Cup and much of that has been down the excellent delivery provided by their designated free kick and corner taker Trippier.

While the 27-year-old former Manchester City youth player has admitted he always watched greats of the game like Andrea Pirlo and David Beckham closely, he has revealed that the real inspiration behind his superb technique has come from his brother and former Oldham Athletic defender Kelvin Lomax.

“I used to watch Beckham and Andrea Pirlo, players like this, over their careers,” Trippier said in a pre match press conference ahead of his sides World Cup quarter final clash against Sweden.

“They have got a fantastic right foot on them and everyone knows that.

“Beckham was the one I always looked up to – the technique, his crossing, on the move or set pieces. He’s the one I used to look up to on crossing the ball for sure.

“But when I was younger my brother was playing for Oldham in League One and League Two and he’s the one I looked up to.

“I used to go and watch him every week, watching his training sessions at Oldham, playing there, kicking it against the wall.

“I just looked up to my brother because he was a professional and he was the one I wanted to follow.

“Then he did his tib and fib for Oldham and tried to come back but never really got back to where he wanted to. Unfortunately, he is not playing now but he’s the one who has helped me a hell of a lot. Now he does driveways and stuff.”