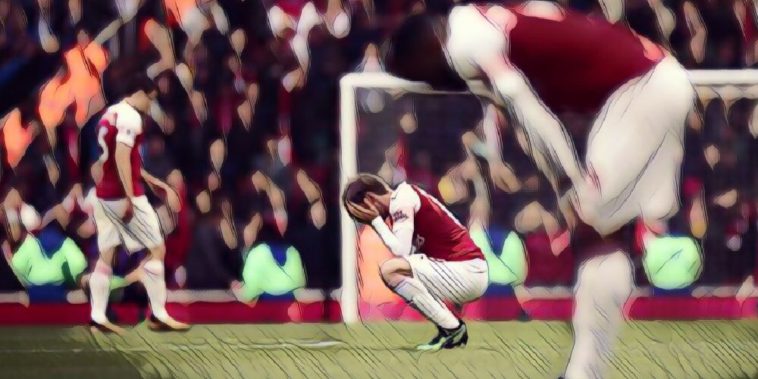 Arsenal’s hopes of a top-four finish were effectively ended after they once again slipped up in the Premier League, drawing 1-1 with Brighton.

Chelsea‘s 3-0 win over Watford earlier today meant that Arsenal went into this afternoon’slate game against the Seagulls knowing that only a win would do if they were to maintain their hopes of a top-four finish, with Manchester United‘s challenge having come to an end earlier following a 1-1 draw against Huddersfield.

A win would have taken Arsenal a point behind North London rivals Spurs going into the final round of games, but a Glenn Murray equaliser cancelled out Pierre-Emerick Aubameyang’s ninth minute penalty, leaving the Gunners needing to beat Burnley, and for Spurs to lose against Everton next weekend, as well as an eight-goal swing in their favour.

“After their goal we created more chances to score but they defended very well, they are very strong defensively and they showed us that today.”

The Gunners do still have a chance of qualifying for next seasons Champions League by winning the Europa League, and the Spaniard is turning his attention to next weeks semi-final second leg against his former side, Valencia.