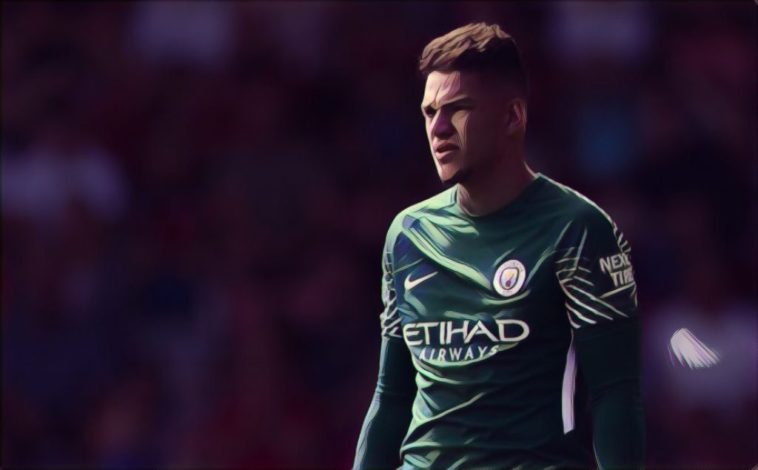 Manchester City goalkeeper Ederson has made an excellent start to life in England, putting in a string convincing performances since his £35 million move from Benfica this summer.

The deal that brought the Brazilian international to the Etihad represented a world record fee for a Goalkeeper and was Cityzen’s boss Pep Guardiola’s direct response to the erratic displays of last season’s number one, Claudio Bravo.

So poor was the Chilean that panic seemed to spread like wildfire through his team’s defence any time the opposition got within shooting distance of City’s goal. It is noticeable how the form of both John Stones and Nicolas Otamendi has improved now that they have a goalkeeper behind them that can be trusted.

So far this season, Ederson has kept six clean sheets, the second highest amount in the Premier League. One of his more recent clean sheets was in Man City’s clash against Champions Chelsea at Stamford Bridge. It was by no means a spectacular showing, but most importantly it was a commanding display.

During the first-half Ederson came through a sea of bodies for a Cesar Azpilicueta cross and collected it with great authority before springing City on a counter-attack immediately – most keeper’s would have been happy just to catch such a dangerous delivery.

The 24-year-old also displayed his ability to play the ”keeper-sweeper” role, racing out of his area to clear Chelsea through balls on several occasions.

Add this to his solid shot-stopping, as well as as having excellent distribution off either foot and it’s easy to think Guardiola may feel he has found his perfect goalkeeper.

Since the inception of the Premier League in 1992/1993 no team has ever won the competition without having a solid performer between the sticks. It’s still early days of course, but Guardiola will be optimistic that if Ederson can keep showing his current level of form, City will have a massive chance of being crowned Premier League champions come next May.