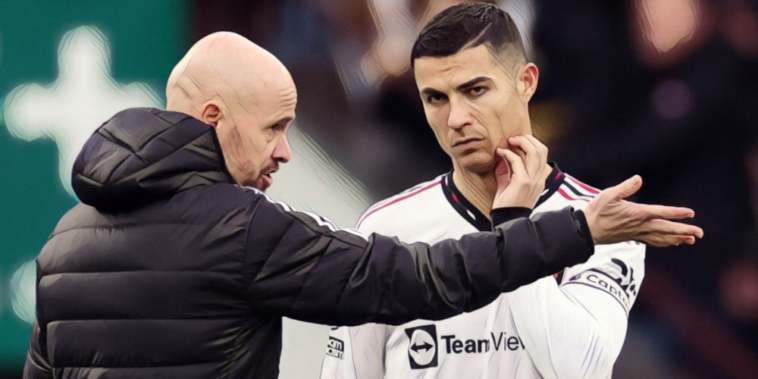 A Dutch commentator who has penned a biography on Erik ten Hag has insisted that the Manchester United manager was ‘sincere’ in his desire to work with Cristiano Ronaldo.

Maarten Meijer, who wrote ‘Ten Hag: The Biograpy’ and has also penned books on Dutch coaches including Louis van Gaal and Guus Hiddink, has detailed how Ten Hag wanted to work harmoniously with Ronaldo before the breakdown in their relationship at Old Trafford.

Ten Hag was appointed as Manchester United manager last summer and initially discussed how Ronaldo featured in his plans, but a summer saga surrounding Ronaldo’s desire for an exit saw relations become tense.

Ronaldo’s contract with the club was terminated in November after a controversial interview in which he criticised Ten Hag and senior figures at United, with the five-time Ballon d’Or winner having since signed a lucrative deal with Saudi side Al Nassr.

Meijer has discussed the relationship between the duo and believes that Ten Hag was sincere in his initial want to work with Ronaldo.

“I think that he was sincere,” Meijer told Tribal Football. ”I think he was not being disingenuous, I thought he was really prepared to work with him. He did not want to get rid of such a fantastic player.

“I think he wanted to work with him and then somehow when they started to build some steam, it just didn’t work out because yeah, we saw it happen as Ronaldo found it too demanding and he couldn’t fit in the system that they wanted to play and then this whole debacle (the interview) happened.”