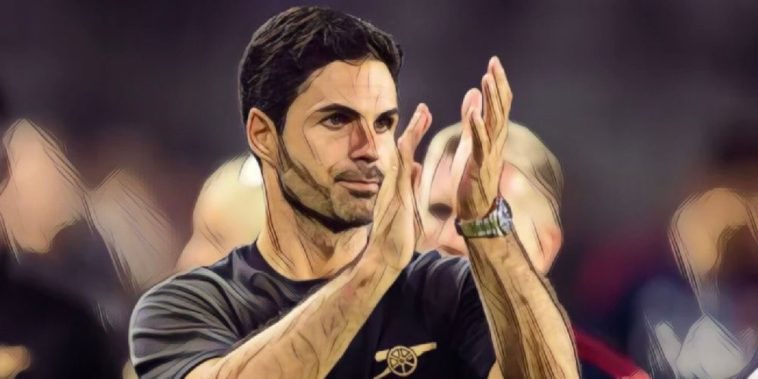 Arsenal boss Mikel Arteta insists people should not get too ‘carried away’ following what has been a hugely positive pre-season.

Having beaten FC Nurnburg 5-2, Everton 2-0 and Orlando City 3-1 in their first three pre-season games, the Gunners rounded off their tour of America with a comprehensive 4-0 win over Premier League rivals, Chelsea.

First half goals from Gabriel Jesus and Martin Odegaard were followed up by second-half efforts from Bukayo Saka and Albert Sambi Lokongo in front of 63,000 fans in Orlando.

Speaking after the game, Arteta said there were ‘a lot of positives’ to take from the victory, but urged his players and supporters to not get carried away with their pre-season form.

“Yes [I’m excited] but it was a friendly match,” he told his post match press conference. “As you could see there are a lot of positives to take from the game. The way we played, the intensity we showed, the way we were trying to show who we are as a team.

“But at the same time, it’s just a test match. Don’t get carried away.

“There are still a lot of things that we have to get better at and do better. But I think it’s good to get some momentum, finish the tour in the right way, give some enjoyment to our fans and everybody that’s been contributing to make this tour happen. Now it’s time to go back to London, to focus and keep making improvements and steps forwards.”

Arsenal have already made moves to bring in Gabriel Jesus, Oleksandr Zinchenko, Marquinhos, Fabio Vieira and Matt Turner so far this summer, and the Spaniard said their early arrivals to the squad is ‘ideal’

“It’s ideal for any coach that you ask, the earlier you get the players, the better,” he said. “Because you need to get them in the cohesion of the team, understanding each other, relaxed and comfortable socially around the team and the fact that he (Jesus) has been with us for a few weeks makes a huge difference.”

Arsenal are still believed to be interested in adding more new faces to the side, and the Gunners boss was asked if the victory over Chelsea changed his transfer strategy.

“[It changes] Nothing,” he said. “Again, don’t get carried away. There were a lot of positives, there are a lot of things we can do much, much better than we have done today as well and we have to continue to improve as a team.”

The former club captain admitted that his side is ‘still a little bit short in some positions’ ahead of the new campaign.