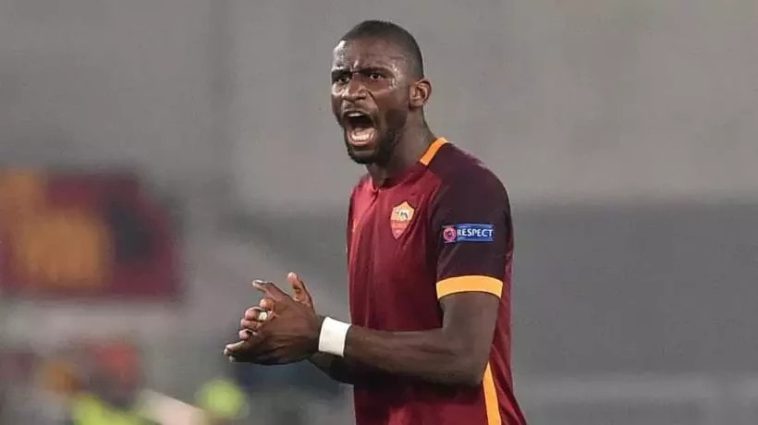 Chelsea finally dipped into the market, signing Antonio Rüdiger to a five-year deal after agreeing on a reported transfer fee of £31 million plus bonuses with A.S. Roma.

While other clubs have made moves during the transfer window, Chelsea have stayed relatively quiet, losing out on new Manchester United striker Romelu Lukaku.

Rumours of a transfer to the West London club date back to last summer when the 24-year-old was expected to join the Blues. Nothing came to fruition until now, and Rüdiger cherishes the chance to play in front of the Stamford Bridge faithful.

“It’s a great feeling because not every player has the opportunity to join a huge club like this.”

Chelsea are continuing to add more defensive options to their lineup after losing John Terry and Nathan Aké to Aston Villa and AFC Bournemouth. The addition of the former Roma defender gives Chelsea a player that prefers to play as the left centre-back of a back-three defence.

Although still young, Rüdiger has the experience to compete at a high level like the Premier League, and he has potential to grow into something more under Antonio Conte.

“Antonio [Rüdiger] is still young but is experienced at club and international level and possesses all the requisite attributes to thrive in the Premier League. We have been aware of him for some time and we are confident he will fit in well with the squad.”

The centre-back debuted in 2012 with VfB Stuttgart, making 66 appearances in the three years he spent with the German club. Rüdiger was loaned to Roma in the summer of 2015, and the transfer was made permanent a year later for €9 million. Since then, he made 56 appearances for I Giallorossi.

The German international debuted for the national football team in 2014, and was included in the country’s 23-man squad for Euro 2016. He had to pull out of the tournament after tearing his right anterior cruciate ligament in a training session.

Rüdiger played for Germany in the 2017 Confederations Cup. He went on to prevent some major scoring chances during the final against Chile, including two crucial tackles Charles Aránguiz and Eduardo Vargas in the box. Germany went on to a 1-0 victory to be crowned winners of the Confederations Cup.

The 24-year-old looks forward to the preseason beginning on Monday, wearing the No. 2 shirt previously worn by defender Branislav Ivanovic.

“I am looking forward to meeting up with my new team-mates and I’m very proud to officially become a Chelsea player.”