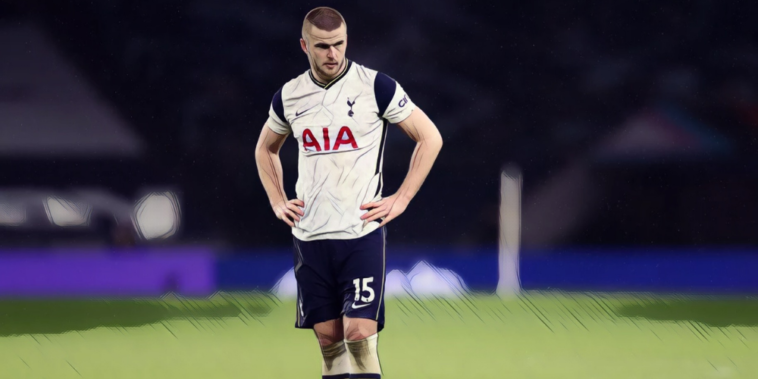 Mourinho’s men may have coasted into the last-16 of the Europa League on Wednesday night, yet they are currently enduring a tough spell in the Premier League, having lost five of their last six games in the competition.

That run of results has seen Spurs slip to ninth in the table and left them nine points adrift of the Champions League places, albeit with a game in hand.

While the Portuguese has faced a lot of criticism for his pragmatic approach, it’s not just the attacking play that has been underwhelming of late, with the defence also looking particularly shaky in recent games.

After a strong start to the campaign, the likes of Dier and Davinson Sanchez have struggled for form, with Mourinho unable to settle on a reliable and consistent centre-back partnership.

The England international, in particular, has been in and out of the side in recent months, with the Spurs boss suggesting that he may be struggling for confidence.

Asked about Dier’s form earlier this month, Mourinho said: “I believe that players have moments. They can be very good, they can be strong personalities, they can be experienced, they can cope with a mistake, but in the end players are players, they are men. And they feel more than anyone else these little moments of confidence, of crisis.

“I have to admit that, recently, our team makes little important mistakes that are punished in terms of our results. And Eric was there, he was one of them. They feel it. And I believe that confidence drops a little bit.”

The 27-year-old has since hit back, insisting that he does not feel low on confidence, despite acknowledging a slight dip in performances of late, both by himself and the team as a whole.

“Confidence-wise, I don’t feel like I’ve been in a bad place all season,” Dier said, as per The Guardian.

“I’ve gone through periods where I’ve had low confidence in the past so I know what it feels like and I haven’t felt that this season. The most important thing is the reality and people’s perception versus reality can be different sometimes.

“We’ve gone through a difficult moment but it’s important to keep things in context. I feel like I’ve been happy with my level for the majority of the season. There’s been a dip in it, which correlates with the dip with the team in general and our performances in general. I don’t think my confidence has ever been in a negative place where it’s been in previous times.”

The former Sporting CP man went on to add that he remains ‘relaxed’ about his form, even when going through sticky patch like he is at present.

“I’m a big boy, this is a ruthless profession and I focus on trying to do the best that I can every time I get an opportunity,” the England international added. “I always try to be the best version of myself, every day in training I try to improve constantly. I know I can have good games and bad games but I’m always relaxed because I know that I give everything I do have.

Tottenham host Burnley in the Premier League on Sunday before a midweek trip to face London rivals Fulham at Craven Cottage.