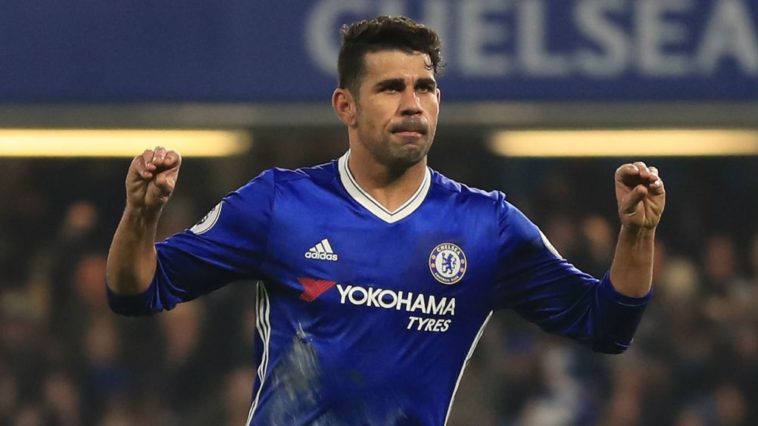 Diego Costa has sensationally revealed he will leave Chelsea this summer.

The Brazilian born, Spanish striker has been linked with a move away from Stamford Bridge for a number of months, with a move to China having being linked as recently as January.

It was during the winter transfer window that the striker was linked with a mega money switch to the Chinese Super League, only for Chelsea to refuse to do business over the striker’s signature at the time.

However in stunning revelations made whilst on international duty, Diego Costa has claimed he has been told by Antonio Conte that he is not part of the Italian managers plans this this season.

Costa has been linked with a move to Atletico Madrid, a move which would be difficult to complete in the short term with regard to the La Liga clubs transfer ban.

“My relationship with the coach has been bad this season. I suppose I’ve had a bad season so I can’t go on,

“I’m going to be honest, the other day, Conte sent me a message saying he does not count on me for next season, so I’ll have to find a way out.

“I love living in Madrid, but I have to think about my future. It’s complicated because I cannot go four or five months without playing. I have no preference for a league, I just want to play.”

Should he be sold, Costa is likely to be replaced a Chelsea by Everton striker Romelu Lukaku. The Belgian is expected to complete a move back to Stamford Bridge this summer after scoring 25 Premier League goals for the Toffees this season. He could be sold for between £87m to a world record £100m fee.

No apology to Costa, he caused whatever that happened to him. Time without number he has telling everyone that he hate Chelsea/London but loves A.Madrid. So, he should go to where loves.

Nobody should have pity for Diego Costa, if A.Madrid have been banned, he Costa will never be sober like he is now. He have to check his attitude and behavior, how on earth you will be talking publicly that you dislike or hate your employer or someone paying your salary? he did everything to backup his arrogance action last term to force his move to A.madrid and even saying it out? that is bad character from a professional like him. Is he now love to stay with Cfc now just because he can not go where he really like?
Just read meaning to his recent comment! “Conte text me to look for another club and you know i can’t wait for 4 to 5 months with playing football”.