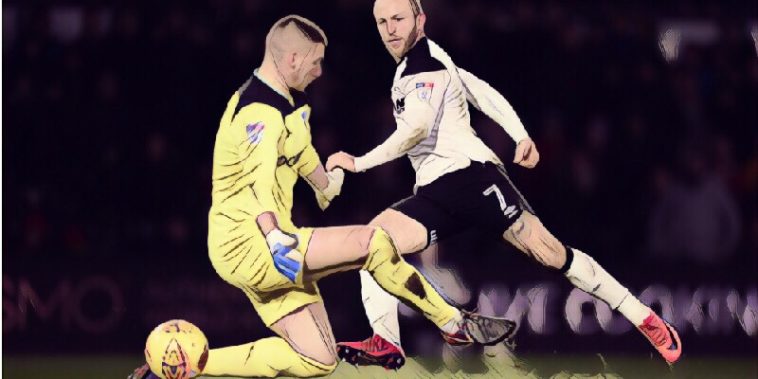 Two sides looking to be in the mix for promotion at the end of the season met in a clash at Pride Park ahead of a busy Christmas schedule in the Championship, but Aston Villa saw their five game unbeaten run ended after a 2-0 defeat at the hands of The Rams.

Derby hadn’t beaten Aston Villa since 2001, but there were signs that the home fans were going to be in for an enjoyable afternoon from the very early stages of the game, when David Nugent was played through on goal only to be denied by a great last ditch block from Neil Taylor, before seeing an overhead kick go over the bar just a minute later.

Nugent continued to look lively in the first half and forced Man United loanee, Sam Johnstone into a save to deny his header hitting the back of the net.

Aston Villa never really got going in the opening 45 minutes, and the last thing they would’ve wanted was a defensive mix up, Glenn Whelan’s poor back pass went straight to Matej Vydra who unselfishly picked out former Villains forward Andreas Weimann to put Rowett’s men 1-0 up.

Derby could’ve had more than just the one in the first half, and one good chance came from an unlikely source, Richard Keogh tried his look from outside the box and his swerving shot had to be dealt with by Johnstone.

After half time, Villa saw a bit more of the ball. Steve Bruce had clearly told his players to go for it as there was more urgency in the West Midlands side’s attack. But despite getting more of a foothold in the game, Scott Carson was rarely tested. Robert Snodgrass was denied by a goal line clearance from Richard Keogh as Derby’s defence looked a fairly solid unit.

Villa tried to push for an equaliser but where crushed when some quick thinking from Richard Keogh to play through substitute Johnny Russell saw the Scotsman bag his second goal in three games and wrap up the points for The Rams.

Derby continue to march on and next week welcome Millwall to Pride Park, whilst Aston Villa are back on their home turf for a tie against fellow top six side Sheffield United.