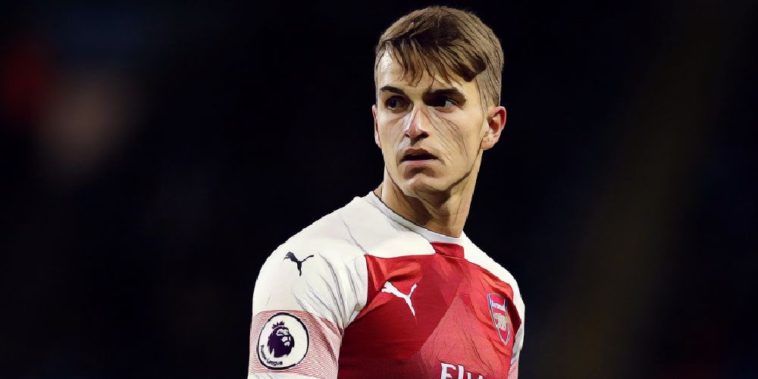 Denis Suarez has opened up on his ‘bad loan’ spell at Arsenal and says he was less than half-fit for the majority of his time at the Emirates.

Suarez arrived at the north London club from Barcelona in the 2019 January transfer window but proved to be a hugely disappointing mid-season acquisition, making just six appearances in all competitions and failing to start a single fixture.

The midfielder acknowledges he made a minimal impact during his time in English football but has now revealed the ‘circumstances’ behind his toils with the Gunners, insisting he wants the fans to know the truth behind his struggles in the Premier League.

“Obviously it was a bad loan, because I did not play. But there were circumstances, which I would like the fans to understand,” Suarez told The Athletic.

“Unai told me he was looking for a winger — where Alex Iwobi or Henrikh Mkhitaryan played. It is not my best position but I can play on the wing. He insisted to me, ‘Come here. You will play. Don’t stay in Barcelona. Play, play, play and then we can sign you’.

“I wanted Arsenal to sign me but the club were not able to at that time. Instead, they said, ‘Come here, get the continuity, then when you have a year remaining on your contract, we can sign you’. So, OK, it sounded good. The truth is I rejected other teams: Real Betis, Sevilla, AC Milan all wanted me. I took the risk of going on a loan. I could have signed for those other clubs on a four- or five-year deal. That’s how much I wanted it to work at Arsenal. So people don’t know fully what happened.”

Suarez revealed how he suffered a pelvic injury just over a week after arriving at Arsenal, an injury which he says left him ‘something like 30 per cent of my fitness’ throughout his time in north London.

“I played in my first game against Manchester City and then 10 days later I got injured (in the first leg) against BATE Borisov in the Europa League. I had too much pain in my groin. I did tests and scans and nothing was in my groin, but there was a big oedema (build-up of fluid) around the pubic bone. I had sharp pain when I ran, when I shot, when I passed. It was so difficult. I was at something like 30 per cent of my fitness.”

The Spaniard added that he felt fully fit only in the week prior to his injury, admitting that playing through the problem became ‘unsustainable’ given the ‘big pain’ with which he was suffering after just his second game as an Arsenal player.

“After the match against BATE Borisov, I had incredible pain. Every movement, every change of direction, every shot. I tried to train through the pain. It became unsustainable. I was not in a state to play at my best. Unai could not play me as he knew I was not even near 50 per cent.

“People started asking, ‘What’s going on with Denis? He has arrived but he isn’t playing. He is on the bench, he plays 15 minutes here or there’. But I was in big pain. At half-time of games, when the other substitutes went out to do the main drills on the pitch, I was in the dressing room doing a ton of different exercises so the injury would give me less pain instead of being with the rest of them.”