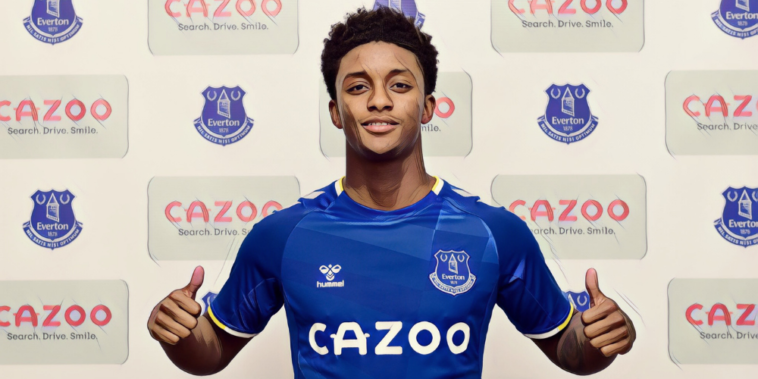 Demarai Gray has outlined his ambition to ‘kick on’ and become a ‘pivotal player’ after completing a €2m move to Everton from Bayer Leverkusen.

Gray returns to the Premier League just six months after moving to Bayer Leverkusen, moving to Merseyside in a deal worth €2m (£1.6m) following a brief spell in the Bundesliga.

The 25-year-old came through the academy system at Birmingham before spending five seasons at Leicester, though endured a disappointing spell in Germany and made just five league starts for Leverkusen.

Gray becomes Everton’s third signing of the summer following deals for Asmir Begovic and Andros Townsend and has revealed his determination to become an important player for the Toffees following frustrating periods at his previous clubs.

“For me, the targets that I’ve set myself and what the Club’s ambitions are, collectively everything felt right to me to join Everton,” Gray told evertontv.

“I want to push on, be a pivotal player in the squad, and help the team score goals and assist goals.

“I’m a speedy, tricky winger. I enjoy running with the ball, roaming around the pitch.

“I like to play anywhere along the front three and I feel like I can be dangerous in all areas. And with the ability I know I have and the belief I have in myself, I think I can add to this team.

“I feel like I’m at a stage in my career now where I can put everything together. There are areas of my game where I still want to improve and become better at.