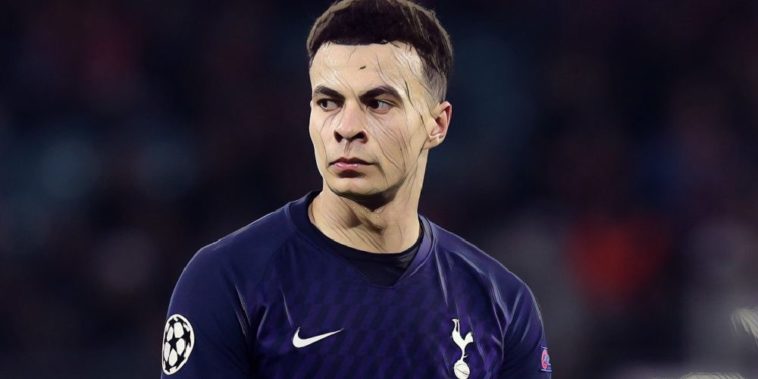 Dele Alli has urged Tottenham to ‘step up’ after the club crashed out of the Champions League with a last-16 defeat to RB Leipzig.

Jose Mourinho’s side headed to Germany needing to overturn a 1-0 first leg deficit from their first meeting three weeks ago, but any hopes of a famous European comeback were ended with a comprehensive 3-0 defeat at the Red Bull Arena.

Marcel Sabitzer scored twice in the first-half for the hosts, though questions will be asked of Hugo Lloris after the Spurs captain got hands to both of the Austrian’s efforts.

Substitute Emil Forsberg scored Leipzig’s third late on with his first touch after coming off the bench, the Bundesliga title challengers’ first venture into the Champions League knock-out stages continuing on into the quarter-finals.

Defeat extended Spurs’ winless run to six fixtures in all competitions and ended their final chance to win silverware this season, and Dele Alli admitting the players are devastated following a sobering loss.

Speaking to BT Sport, he said: “It’s devastating. We had belief before the game that we could perform but if you don’t step up you’ll be punished. It’s disappointing to go out like that.

“We conceded too many chances as a team and we were punished. When you are on top and concede two goals it’s tough, but we had to show maturity and fight and we didn’t do that.”

Mourinho’s injury-hit side continue to struggle in the absence of several stars, the likes of Harry Kane, Son Heung-Min and Moussa Sissoko all currently enduring extended periods on the sidelines.

Despite the club’s fitness issues, however, Alli insists the north London side will not look for excuses and has urged the club’s senior players to ‘step up’ in the coming weeks as they bid to salvage their season.

“We can’t use that as an excuse. We’ve still got quality on the pitch but we have to step up and we haven’t done that. Apologies to the fans, who came out all this way.

“We were second to a lot of balls, at the start we were bright but the mentality wasn’t strong enough. The whole team has to step up.

“We’re mature enough to know we’re not doing good enough. As a senior player I have to try to step up and help the team as much as I can now.”