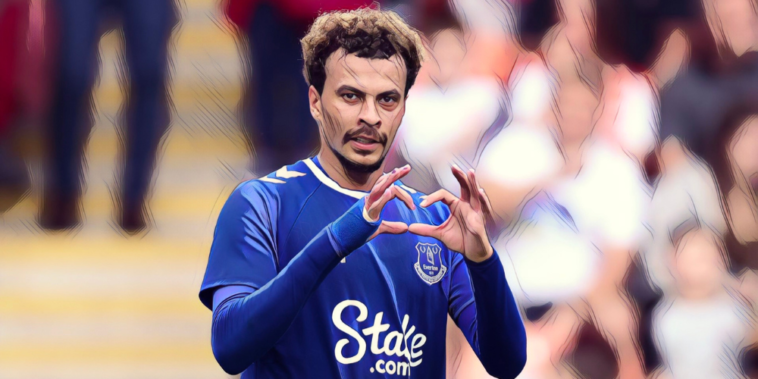 Everton’s Dele Alli is reportedly in talks with Besitkas regarding a summer transfer.

The midfielder only moved to Goodison Park in January, with the hope being that Frank Lampard could help him rediscover his best form following a huge downturn in fortunes in recent years at Tottenham.

The 26-year-old was once the golden boy of English football following his stellar rise under Mauricio Pochettino at Spurs, but has fallen way down the pecking order under a succession of managers, resulting in him starting just 16 Premier League games in the last two seasons combined.

Such was his downturn, he was allowed to move to Everton on a free transfer back in January, though the deal could reach £40 million if performance-related clauses are met.

However, having failed to really make an impression on Merseyside, Sky Sports are now reporting that the former England star is ‘in talks’ with a potential move to Turkish side, Besiktas.

Alli is said to be ‘desperate for more game time’ and the move to Istanbul ‘could be a loan or a permanent move, depending on how talks go.’

Meanwhile, Everton are currently fending off interest in fellow attacking midfielder, Anthony Gordon, who has been subject to a bid from Chelsea in the region of £40m.