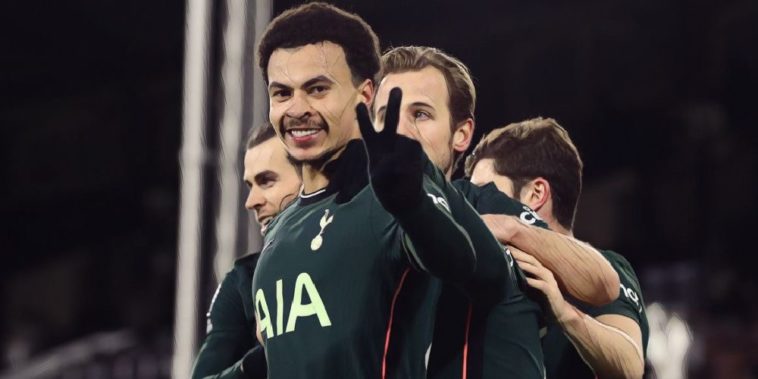 Tottenham Hotspur midfielder Dele Alli has apparently ‘switched on’ after being denied an exit from the club in January, according to team-mate Hugo Lloris.

The England international has endured a frustrating period over the last few seasons, losing his place for both club and country, with this season, in particular, seeing him reduced to a bit-part role under Jose Mourinho.

Despite an initial upturn in fortunes when the Portuguese walked in the door, the creative midfielder has largely been restricted to cup appearances and was frequently absent from Premier League matchday squads in the first half of the season.

That lack of game time seemingly left the 24-year-old desperate to leave the club in January, with a move to Paris Saint-Germain and a reunion with former Spurs boss Mauricio Pochettino having been heavily rumoured.

Yet, with the north London club unable to find a suitable replacement, Alli’s move away was not sanctioned, putting any chance of working his way into Gareth Southgate’s European Championship squad under threat.

However, following a poor start to the new year for Mourinho’s men, Alli has worked his way back into favour, first impressing in the Europa League before earning a recall to the starting XI against Fulham in midweek, the midfielder’s effort finding the back of the net via Tosin Adarabioyo to hand Spurs a crucial 1-0 win.

According to captain Lloris, his teammate has been able to put the disappointment of his failed January move behind and can now be a key player in the team’s end to the season.

“As a team-mate, he’s always been professional, he put his disappointment on the side and from day one in the second part of the season, after the transfer market closed, he switched on and he started to step by step improve his fitness and get as much confidence as he can,” Lloris told the Evening Standard.

“Now he’s coming back and that’s good for the team and obviously the best for his season is ahead of us.”