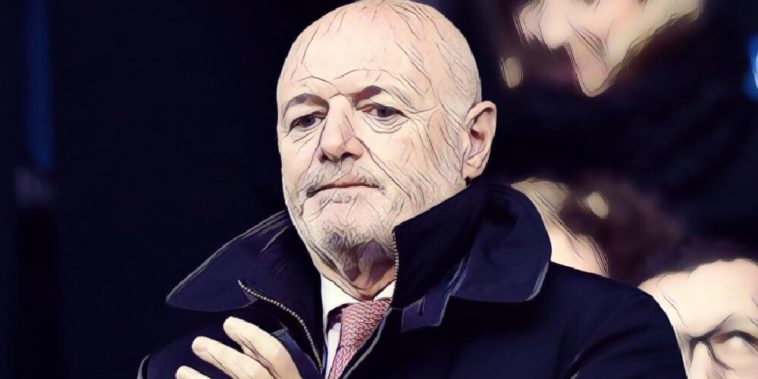 With widespread reports suggesting that former Manchester United and Chelsea chief executive Peter Kenyon is plotting a legitimate takeover bid of Newcastle United, will this finally be the time that Mike Ashley ends his reign at St James’ Park?

Sources within the City of London in recent days have suggested that Kenyon is attempting to secure a deal for the Magpies by teaming up with New York-based firm, Rockefeller Capital Management. Rockefeller is owned by Greg Fleming, one of the most recognised figures on New York’s Wall Street in the last couple of decades.

Kenyon is currently a director of a leading sports consultancy firm known as Opto Advisers. He is thought to have already held preliminary talks with Mike Ashley, a man that has polarised opinion among the Magpies’ faithful since his takeover in 2005. Several years of perceived underinvestment from Ashley has seen many United supporters call for his exit in a bid to give the club a brighter future. The feeling on the terraces is that manager, Rafael Benitez is the best the club has had since the days of Kevin Keegan, but the Spaniard is very much working with his hands tied at present.

Although Mike Ashley has previously placed the club up for sale in the region of £380m, it is thought that the Sports Direct owner would be prepared to accept anything from £300m upwards to complete a deal. A source close to Mr Ashley discussed the reports surrounding Peter Kenyon’s interest in the club and insisted that until Kenyon can obtain the right level of funding for a bid, he remains “a man with no money wanting to buy a football club”.

Kenyon has vast experience working in senior executive roles within Premier League circles. He was at Old Trafford and worked under Sir Alex Ferguson, before moving to Chelsea to work alongside the enigmatic Jose Mourinho. However, he was far from revered by both United and Chelsea supporters.

Kenyon is not only thought to have close financial ties with key figures across the Atlantic. He is also said to have developed liaisons with major Chinese investors with an interest in European football. However, recent regulations implemented by the Chinese government, have put a stop to greater Chinese involvement in the Premier League.

The uncertainty surrounding the Magpies’ ownership has affected results and performances on the pitch, of that there is no doubt. Newcastle are second only to Huddersfield in the “least chances created” stakes. Leicester’s Premier League odds were priced at 39/20 to defeat United at St. James’ Park and the Foxes duly obliged to end September by sweeping Benitez’ men aside 2-0. It is no secret that the working relationship between Ashley and Benitez has been somewhat fragmented at best in recent times. Benitez’ calls for increased investment into the squad following United’s return to the top flight fell somewhat on deaf ears. However, when Benitez was quizzed about the prospect of Ashley selling up to a Peter Kenyon-managed consortium, the former Liverpool and Real Madrid supremo insisted he preferred to “concentrate on things on the pitch”.

Worryingly for the Geordie faithful, it’s not looking very good on the pitch either. With just two points earned from the opening seven league games, Benitez’ men face an uphill battle to stay in the top flight once more. The Spaniard will hope that any prospective takeover could be completed in time for the January transfer window, giving him some room to manoeuvre, with Ashley’s purse strings severely tightened and both eyes fixed firmly on selling up.

There is no doubt that the club’s lack of ambition in the latter half of Ashley’s ownership has filtered through to the playing squad. The toxic atmosphere in the stands – with weekly protests at Ashley’s regime – has further served to make St. James’ Park less of a fortress and more of a lion’s den for the Magpies to play in.

If Kenyon is the man to finally seal Ashley’s exit from Tyneside, he will be instantly heralded by the Newcastle fans. Kenyon’s nous in the transfer market, combined with fresh overseas investment, could be just the tonic for Newcastle to return as a top-half Premier League outfit.