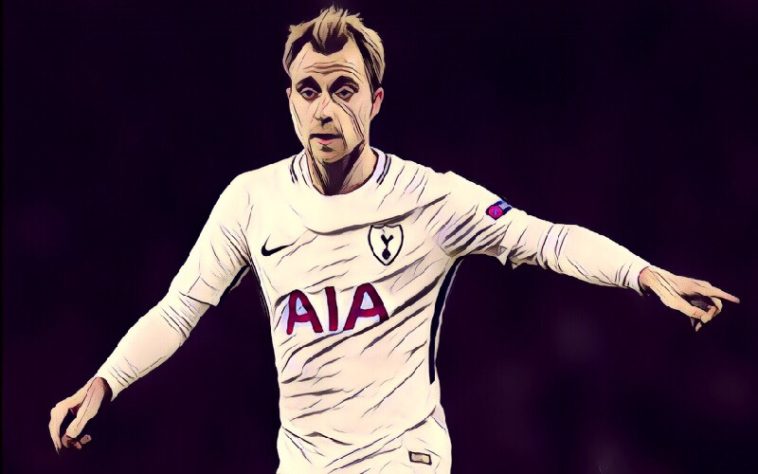 Christian Eriksen exemplified his proclivity for generating magic in his most recent display of brilliance against Chelsea on Sunday. The Danish international has progressively enhanced his reputation over recent seasons, and has affirmed his superiority with consistently scintillating performances, especially since the arrival of Argentinian manager Mauricio Pochettino.

Pochettino accepted a burdensome assignment when taking the role as manager of Tottenham Hotspur in 2014. He’d only recently established himself at managerial level during spells in Spain at Espanyol and England with Southampton. Andre Villas-Boas, another promising young manager, had crumbled under the scrutinising pressure of managing one of England’s most prestigious clubs, and Pochettino was the next candidate to jeopardize his growing but still very vulnerable reputation.

Tottenham Hotspur were still recovering from the departure of Gareth Bale, who’d governed the attack for a number of years until his world transfer record move to Real Madrid in 2013. Villas-Boas had attempted to fill the void left by Bale with a number of reputable players from around Europe, but ultimately subsidised quality for quantity.

The lack of team spirit and cohesion was evident on the Argentine’s arrival at White Hart Lane, but he quickly implemented his vision, and Eriksen was prepared to play an indispensable role under new leadership. Pochettino’s appointment injected mandatory piquancy to a decayed and lifeless party of players, and players such as Lloris, Vertonghen, Kane and notably Eriksen ensured standards remained at the highest magnitude.

Eriksen instantaneously constructed a potentially successful future by emerging as a uniquely promising talent in his native Denmark. He’d placed himself in high demand, and had trials at a number of distinguished clubs, such as FC Barcelona, Manchester United and Real Madrid, but opted to join the equally illustrious youth academy of Dutch giants Ajax Amsterdam.

Ajax had famously produced prominent Dutch midfielders Rafael Van Der Vaart and Wesley Sneijder, which increased Eriksen’s interest in beginning his journey to eminence in Amsterdam. Eriksen has since combined his natural characteristics of instinctively sensing danger with his developed technical skills to mould himself into one of the most prized attacking midfielders of his generation.

Harry Kane and Dele Alli predominantly shared the plaudits last season, whereas Eriksen silently played a crucial role in the background. Eriksen is a breath of fresh air in a modern generation overflowing with egotistical prim-donnas due to his humble attitude both on and off the pitch.

Tottenham Hotspur have assembled a perfectly balanced line-up, but would still inevitably crumble without the contribution of Christian Eriksen. He’s bagged eight goals and accumulated eight assists for Spurs this season, and I’d boldly state that he is at the same level as David Silva and Kevin De Bruyne.

The aforementioned Manchester City duo are statistically indisputable, but Eriksen’s ability to create goal scoring opportunities places him in the same bracket. Eriksen has been subject to rumours of a potential move to FC Barcelona, which remains purely speculation, but his current performances suggest he’s solely devoted to Tottenham Hotspur.

Pochettino may have stabilised and significantly improved the state of Tottenham Hotspur, but he’ll remain undistinguished until winning a major trophy in North London. Daniel Levy must eventually begin to invest heavily to retain the current crop of players, as players of the calibre of Eriksen are invaluable, and without financial backing will spread their wings to seek success elsewhere.

At just 26-years-old, Christian Eriksen has been crowned Danish Football Player of the Year on four occasions and scored more Premier League goals than any other Danish footballer. He’ll be representing Denmark at the 2018 FIFA World Cup in Russia, after scoring eight goals during the qualification phase.

Eriksen has become a national icon in Denmark, and could become equally as iconic as former FC Barcelona, Real Madrid and Juventus midfielder Michael Laudrup with a memorable campaign in Russia. The future is very promising for Eriksen, as it seems his greatest years are ahead of him, and his humble outlook on life should prove decisive in helping propel him to future success.