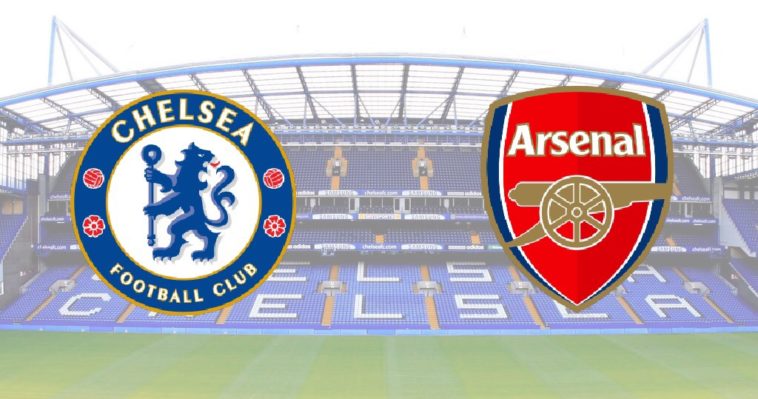 Arsenal are coming off a very poor performance and result against Watford at home, whilst Chelsea drew at Liverpool in their last encounter. If Chelsea win, it will all but end Arsenal’s title hopes and put Chelsea in a very strong position to win their sixth top flight title.

Chelsea have a very good record against Arsenal but in their last meating, Arsenal brushed Chelsea aside and won 3-0. Since then, Chelsea are a very different side having changed formations and only dropping points once since that match.

Something that Arsenal should consider is matching Chelsea’s formation and playing a 3-4-3. Since the Blues switched formations, the only two sides to completely out-play them were Manchester City and Tottenham – both were also playing a 3-4-3.

Although the Blues won at City, they didn’t play well. On another day, that could’ve easily been 3-0 before Chelsea even got their first goal. Although results are all that matter for the short term, they mean very little in terms of predicting future results.

If Arsenal did play a back three, Olivier Giroud should be the man to drop out with Arsenal playing a front three of Ozil, Iwobi and Sanchez. Assuming that the Gunners don’t go to a back three, which they probably won’t, their best chance at breaking Chelsea’s rock solid defence is the channel between the wing-backs and the wide centre-backs.

Both of Chelsea’s two wing-backs, Marcos Alonso and Victor Moses, have been quite average recently. Against Liverpool on Tuesday night, Moses let Milner run in behind who assisted Gini Wijnaldrum for Liverpool to equalise. Against City earlier in the season, the Nigerian nearly cost his side another goal with his lack of defensive experience. He lost City’s German winger, Leroy Sane, who squared it to Aguero but somehow, his shot from close range was blocked by Azpilicueta. With Arsenal’s pacey wingers in Theo Walcott and Alex Iwobi, Alonso’s lack of pace could very easily be exposed.

When Chelsea last played Arsenal, they sat back far too deep and allowed Arsenal’s two deep-lying-playmakers, Granit Xhaka and Santi Cazorla, too much time on the ball. Obviously, they’ve changed formations since then and both players will not feature but they certainly can’t make the same mistake again.

Another key reason Chelsea lost to Arsenal last time was because Diego Costa had no support. Numerous times, the Spaniard would go on a run but was completely isolated. Since the change of system, this issue has completely been resolved with two players playing off Costa’s shoulder in Eden Hazard and either Pedro or Willian.

On Tuesday night at Anfield, Conte opted to start Willian ahead of Pedro. At first, it didn’t look that clever but even though Willian wasn’t that effective, the idea from Conte was right. It was quite obvious Chelsea were going to defend to the pace of the Brazilian on the counter-attack would’ve been crucial if it was needed although in the end, it wasn’t of any use.

For that reason, Conte should start Willian again, providing he starts Matic instead of Fabregas. If Fabregas does start, Pedro should start to give the right balance. Although Fabregas shouldn’t normally start against attacking sides, such as Arsenal, Conte should consider starting him as it is very likely that Francis Coquelin will start in midfield.

If Chelsea do manage to win at the Bridge, they will firmly be back in the title race cutting the gap to only six points. If Chelsea manage to beat the Gunners, it will be very difficult for any team to catch them.