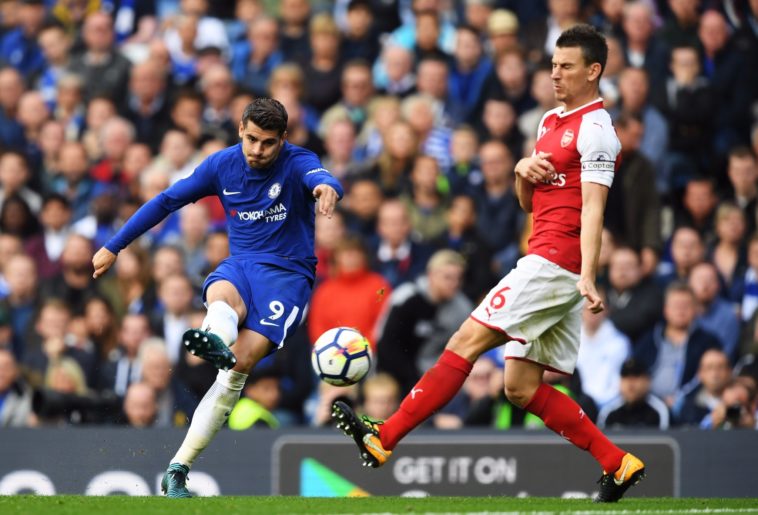 Arsenal secured a point away at Stamford Bridge for the first time in five years as 10 man Chelsea held the Gunners for a 0-0 draw. Here are five things we learned from the game.

There’s life beyond Alexis and Özil

Mesut Özil and Alexis Sanchez, two of Arsenal’s best players had very little to do in this game. Mesut Özil missed out due to an injury and Alexis Sanchez came on late in the second half. But even without the duo, Arsenal, for the first time, looked well organised in an away fixture against the top six.

The Gunners never really looked like they were missing two of their best players and put up a strong performance. With the duo not signing a new contract and expected to move to new clubs next summer, Arsenal fans could look at this fixture with a sigh of relief. With the hope that there might just be a life beyond Mesut Özil and Alexis Sanchez.

Aaron Ramsey is back

Aaron Ramsey had a great season in the 13/14 campaign and ever since, injuries have had an impact on his career and performances. Glimpses of this 13/14 Ramsey were seen at the end of last season when he came back from an injury. And continuing that run  this season, the Welsh midfielder has performed really well.

The Welshman has been Arsenal’s best player so far this season and has consistently provided everything Arsenal need from a central midfielder.  He has been finding himself into some really good attacking positions and has also been handling his defensive duties well. Ramsey was also named Man Of The Match in two of Arsenal’s first five games this season, including the game against Chelsea. So I think it’s safe to say that the Aaron Ramsey Arsenal fans have been wanting to see for the last few seasons is finally back.

Cards do cost games, and Chelsea should be understanding that well. They should not be going into games as crucial as the London Derby and going a man down for three consecutive times. That is something that Chelsea manager Antonio Conte should make not of.

Yes, Arsenal did play well even without Alexis Sanchez and Mesut Özil. But, that is not something that will happen every time. Wenger needs to understand that resting key players in such important games might cost him very important points.

Alexis Sanchez played against Cologne and scored a beauty. Sanchez was match fit but left on the bench by Wenger. This could have gone incredibly wrong. Like what happened against Liverpool when Wenger kept Alexandre Lacazette and Sead Kolasinac on the bench and the Gunners lost 4-0 at Anfield, one of their worst performances ever. When you have your best players fit, they should be playing every single minute. Wenger shouldn’t be taking these chances like he did against Liverpool and Chelsea.

Chelsea have a fairly thin squad defensively and cannot afford to lose players on red cards. Gary Cahill got sent off earlier this season and now David Luiz, which says Chelsea haven’t learned from their mistakes. Chelsea will have to resort to Antonio Rudiger and the only next option after him is youngster Andreas Christensen.

Chelsea have already seen three red cards this season in five games. The Blues, who won the title last season saw only two red cards in whole of their title winning campaign last season. David Luiz, the latest red carded Chelsea player is set to miss the next three games, including an important game against Manchester City at Stamford Bridge later this month.