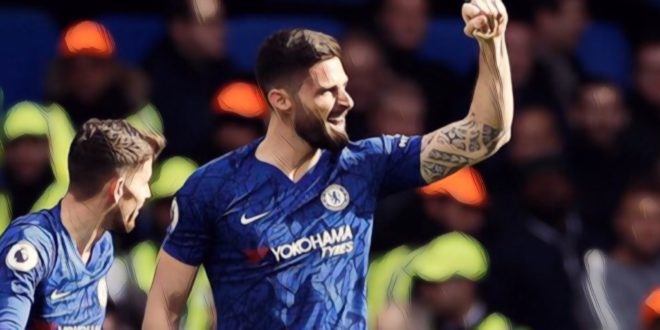 Chelsea have reportedly opened talks over a new deal for Olivier Giroud following the forward’s renaissance at the club in recent months.

The France international is amongst a host of players out of contract at the end of the season and was widely expected to leave the club this summer, the forward having been strongly linked with an exit during the January transfer window in search of regular first-team football.

Giroud made just two Premier League starts over the first half of the campaign but returned to action in the absence of the injured Tammy Abraham in recent weeks, impressing as a focal point for Frank Lampard’s side and scoring vital goals in victories over Tottenham and Everton.

The veteran’s performances have now led to Chelsea reconsidering Giroud’s future and according to football.london, preliminary negotiations have taken place over an extension, with the 33-year-old reportedly now open to extending his stay at Stamford Bridge beyond the end of the season.

Inter Milan and Tottenham were amongst the clubs believed to be interested in signing the World Cup winner during the winter window and are likely to once again be monitoring his situation, the forward joining the likes of Willian and Pedro in entering the final months of his contract with the west London side.

Giroud signed for Chelsea from cross-city rivals Arsenal in January 2018 and has scored 21 goals in 76 appearances for the club in all competitions.

See also – Old but Bold: Five oldest players to be sent off in Premier League history