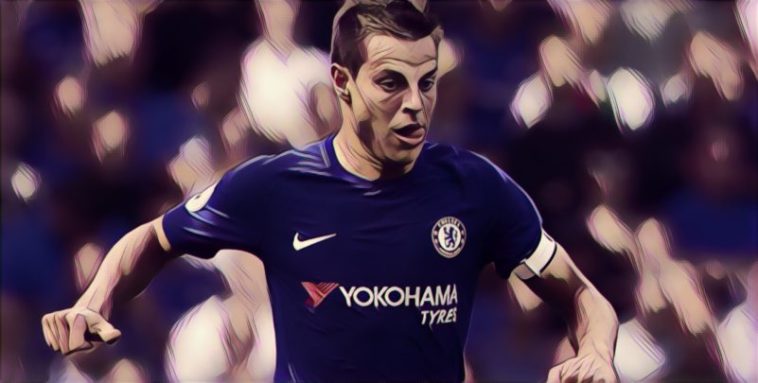 Chelsea defender Cesar Azpilicueta believes that the Blues will still be able to compete for the best players in the transfer market, despite missing out on qualification for next seasons Champions League.

While the West London club finished the season by being able to put the FA Cup back into their trophy cabinet, they had a disappointing season in the Premier League.

Having been crowned champions just 12 months before, Antonio Conte’s side slipped to fifth position in the League, meaning they will play Europa League football next season rather than in the coveted Champions League.

However, Spanish defender Azpilicueta believes that a move to Stamford Bridge will still be an attractive prospect for big players thanks to their trophy winning pedigree:

“Of course big players will still want to come to Chelsea because we win lots of silverware,” Azpilicueta told Evening Standard.

“I have no doubt that the club will get a squad that can compete to win for trophies. I am sure that will happen.

“If the club decides that we need to get players in, I’m sure we will get the quality we want.

“It was important to win this season with a trophy. It shows we are still winners. When the results are not there, people look for something else.”

Chelsea have been linked with a club record move for Bayern Munich striker Robert Lewandowski in recent days, with the Polish striker’s agent confirming that he has asked to leave the Allianz Arena.