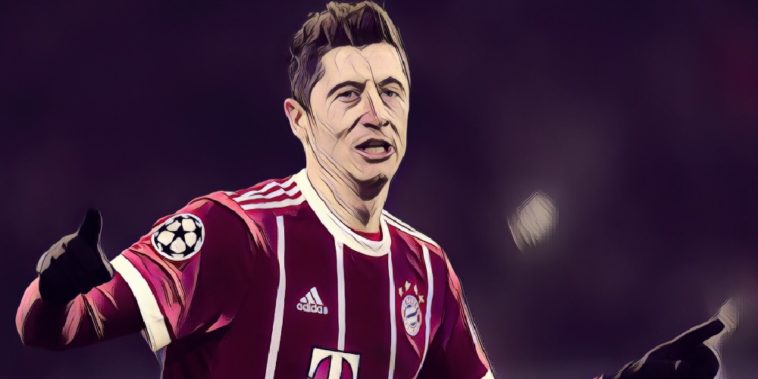 Robert Lewandowski has asked to leave Bayern Munich according to his agent.

Lewandowski originally made his name with Borussia Dortmund were he plundered 74 goals in 131 games, before moving to Bundesliga rivals Bayern Munich in 2014. Since moving to Bavaria the 29-year-old has netted a ridiculous 106 goals in just 126 games, and won three consecutive league titles.

He has been linked with moves to Real Madrid, Chelsea and Manchester United in recent months, with Chelsea thought to be leading the race for his signature.

Now, the Blues have been handed a huge boost in their pursuit of the Polish striker, with his agent Pini Zahavi telling German publication Bild that his client has informed Bayern of his desire to leave:

“Robert’s motivation has nothing to do with money or joining a particular club, because almost all the top clubs would like to have the best striker in the world in their ranks.”

Zahavi hopes that Bayern’s hierarchy will understand his clients desire to leave: “Everyone in the club leadership of FC Bayern has had a great career. They should understand his situation.”

However Bayern Munich chief Karl Heinze Rummenigge has said that he thinks the Pole will still be playing his football at the Allianz next season:

“They do not have to worry about Robert Lewandowski and the relationship with Bayern,” Rummenigge told Kicker. “We have a very good one.

“We know what we have in Robert Lewandowski. I am very happy that we still have such a long-term contract. [There’s] no need to worry – he will also play next season at Bayern Munich.”