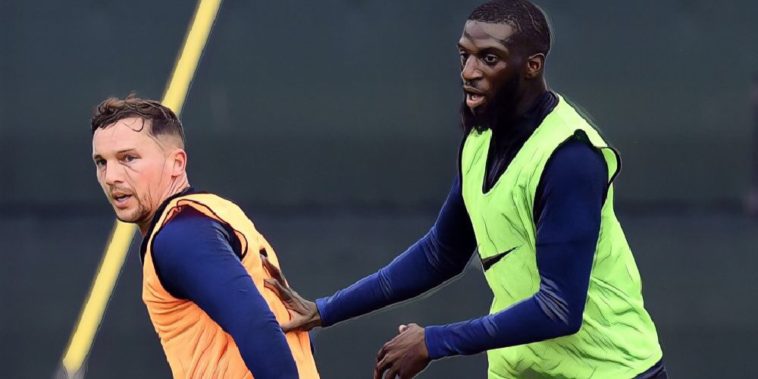 Frank Lampard has reportedly told Chelsea midfielder’s Tiemoue Bakayoko and Danny Drinkwater that they can leave the club this summer.

Both players arrived at Stamford Bridge in the summer of 2017, with Bakayoko making a £40 million move from Monaco, while Drinkwater swapped Leicester for West London for £35m.

Neither player managed to make a significant impact during their debut campaign for Chelsea, with Bakayoko starting just 24 Premier League games in 2017/18, while Drinkwater was restricted to just five starts.

While France international Bakayoko was subsequently sent out on loan to AC Milan last season, Drinkwater stayed at Stamford Bridge, although was refused any real competitive football by Maurizio Sarri, with his only outing under the Italian being in last season’s Community Shield.

New Chelsea boss Frank Lampard had previously insisted that every member of his squad would be given a clean slate, but according to a report in the Mail, the £75m duo have now been told that they are free to leave the club this summer.

Lampard already has the likes of N’Golo Kante, Jorginho, Mateo Kovacic, Ruben Loftus-Cheek and Ross Barkley among his midfield options, as well as the returning Mason Mount, who he, of course, worked with so successfully at Derby last season.

Everton have been linked with a move for Bakayoko as a potential replacement for Idrissa Gueye, who is once again being linked with a move to PSG, while there were also some pretty spurious links to Manchester United a few weeks ago too, although there have been few suitors for Drinkwater so far.