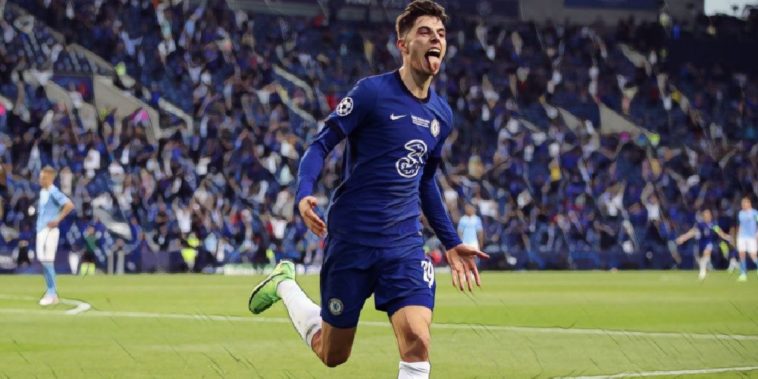 Here’s everything you need to know about that gargantuan battle on Sunday:

The Blues fine start to the campaign continued this week, as they comfortably saw off London rivals Tottenham away from home in the league, before edging past Aston Villa on penalties to progress to the Carabao Cup fourth round.

Against Spurs, Thomas Tuchel’s side overcame a shaky start to produce a stunning second-half display, sealing the win with goals from Thiago Silva and substitute N’Golo Kante after the interval, before Antonio Rudiger added a deserved late third to compound the hosts’ misery.

In truth, had the likes of Mateo Kovacic and Timo Werner been more clinical, the scoreline could have easily been even more convincing for the European champions, who have now recorded 15 Premier League clean sheets under their current boss since he took charge in January, with only 14 goals conceded in that time.

The former Paris Saint-Germain coach has rightly taken most of the credit for that rapid turnaround in fortunes, with his tactical nous once again on show at the Tottenham Hotspur Stadium as he introduced Kante at half-time to shore up the midfield and allow his side to take back control.

What a mental stat. 🤯🤯🤯 pic.twitter.com/52WMvvSyHY

The fact that they could bring on the Frenchman from the bench is also a sign of their remarkable depth, which was further illustrated by the quality of the much-changed side that Tuchel was able to put out against Villa in midweek, with Chelsea going on to clinch the win in the shootout after Cameron Archer had cancelled out Timo Werner’s opener.

That victory saw Kepa Arrizabalaga once again impress and the Spaniard could well earn a third successive start with Edouard Mendy still a doubt. The only other likely absentee is Christian Pulisic, who is recovering from an ankle injury picked up on international duty.

The champions suffered a rare slip up at the Etihad last weekend, as they failed to get the better of a resilient Southampton side in what was an enthralling and dramatic encounter on Saturday.

City had gone into the game having netted five-plus goals in each of their last four home games in all competitions, yet were blunted by Ralph Hasenhuttl’s side as they managed to register just a solitary shot on target.

That effort came courtesy of a Phil Foden header in the final minute, with the eventual rebound finding Raheem Sterling who duly slotted home, only for VAR to disallow the goal following due to an offside.

There had previously been more VAR drama midway through the second-half when the visitors were awarded a penalty following a trip by Kyle Walker – who was initially shown a red card – on Adam Armstrong, before referee Jon Moss consulted the pitchside monitor to reverse the decision as well as the England international’s dismissal.

After those dropped points Pep Guardiola’s men then responded in fine fashion by putting six past Wycombe Wanderers at home in the Carabao Cup, having initially fallen behind against their League One opponents, with the pick of the goals seeing 19-year-old Cole Palmer curl in a stunning strike for his first goal for the club.

That clash with the Chairboys also saw the City boss hand starts to an all-teenage backline, with one of those youngsters potentially in line for an inclusion in the squad this weekend due to injuries to both Aymeric Laporte and John Stones, as well as Oleksandr Zinchenko. Last season’s top scorer Ilkay Gundogan is also a doubt.

Supporters won’t have to cast their minds back too far to remember the two sides’ last meeting, with the ‘Big Six’ rivals having met in the Champions League final just a few months ago.

City had gone into the game looking to finally secure the biggest prize in club football, while the Blues were hoping to add to their 2012 triumph in the competition under new boss Thomas Tuchel.

The German had revived the club’s season after a turbulent opening under Frank Lampard and was handed the ideal start in the showpiece, with Kai Havertz latching on to a fine Mason Mount through ball to give his side the lead just before half-time with what his first-ever goal in the competition.

The London club had lost Thiago Silva to injury just minutes prior to that opener, with their opponents also going on to lose Kevin De Bruyne due to a head injury midway through the second-half, with Pep Guardiola’s side failing to find an equaliser up against an impenetrable defensive unit.

What channel is Chelsea v Man City on?

UK and Irish readers can watch or stream the match on BT Sport.