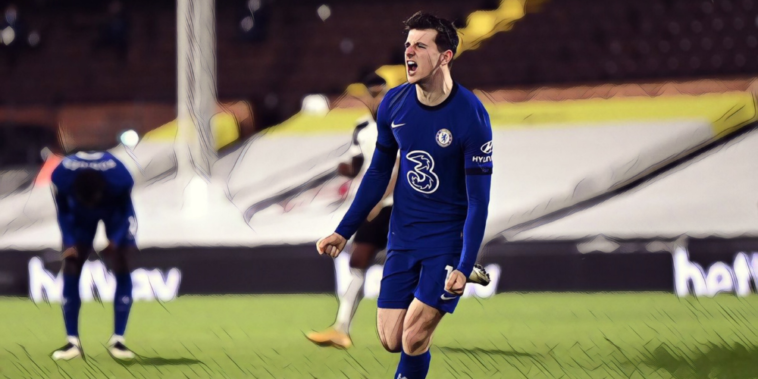 Chelsea host relegation-threatened Fulham on Saturday evening, the visitors in desperate need of the points to boost their survival hopes.

Here’s all you need to know about that potentially pivotal meeting at Stamford Bridge:

Having been so inconsistent under Frank Lampard earlier on in the campaign, the Blues continue to go from strength to strength under Thomas Tuchel, the club looking well placed to finish the season with a flourish.

After ending Manchester City’s quadruple hopes in the FA Cup semi-final a couple of weeks ago, the London club then took a huge step towards securing a top-four spot after seeing off fellow Champions League hopefuls West Ham United last weekend.

That crucial clash at the London Stadium saw a rare goal from Timo Werner make the difference, the German’s effort the only goal of the game as Tuchel’s men moved three points clear of the Hammers in fourth spot, with just five games of the season remaining.

While they will be keen to further strengthen their top-four chances with a win against Scott Parker’s side, they may well have their attention set on their upcoming Champions League semi-final with a second-leg clash against Real Madrid to come in midweek, the Blues having grabbed a crucial away goal in the 1-1 draw in Spain in the first leg.

The visitors had taken a deserved lead through Christian Pulisic, before the ever-reliable Karim Benzema fired in a sensational effort to bring the La Liga side level and set the tie up nicely for the return meeting at Stamford Bridge on Wednesday night.

With that game to come, Tuchel is likely to make changes come Saturday, the likes of Marcos Alonso, Callum Hudson-Odoi and Andreas Christensen potentially set to earn recalls, though midfielder Mateo Kovacic is set to miss out after suffering a setback in training.

The Cottagers’ hopes of avoiding yet another drop back into the second tier are fading fast, after once again slipping up late on in their most recent game against Arsenal at the Emirates.

Fulham succumbed to a late blitz from Aston Villa a few weeks ago, before conceding a 92nd-minute Adama Traore strike against Wolves a week later. Scott Parker’s men were then undone even later against the Gunners, as Eddie Nketiah snatched a point in the 97th minute for the hosts.

The Championship play-off final winners had taken the lead through a Josh Maja penalty midway through the second-half, before substitute Nketiah condemned them to yet another league game without a win, their last having come against Liverpool on March 7.

With four defeats and a draw since then, Parker’s side are now staring down the barrel of relegation, with seven points now separating themselves and 17th-placed Brighton as the games begin to run out.

However, with their last game having come over a week and a half ago, they’ve had plenty of time to prepare for the trip to Stamford Bridge, while they’ll also be counting on being fresher than their opponents, who have European commitments on their mind.

Ahead of this weekend’s encounter, Fulham will be without midfielder Ruben Loftus-Cheek who is ineligible to face his parent club, while the likes of Tom Cairney and Terence Kongolo are also expected to be absent once again due to injury.

The visitors had gone into the match in fairly wretched form having won just one of their last six games, with then-boss Frank Lampard under intense scrutiny to turn things around.

Grabbing that much-needed win didn’t look like happening for the Blues in the first-half at Craven Cottage as the home side made arguably the more lively start, before the game’s complexion changed after Antonee Robinson was shown a straight red card for a forceful challenge on Cesar Azpiliceuta.

Despite having the man advantage, the visitors struggled to really get going in the second-half, before Mr consistent, Mason Mount, volleyed home to finally put his side ahead.

That lead should have been extended late on, yet forward Timo Werner produced what’s becoming a trademark moment in a Chelsea shirt, the German curling wide after racing clear of the home defence.