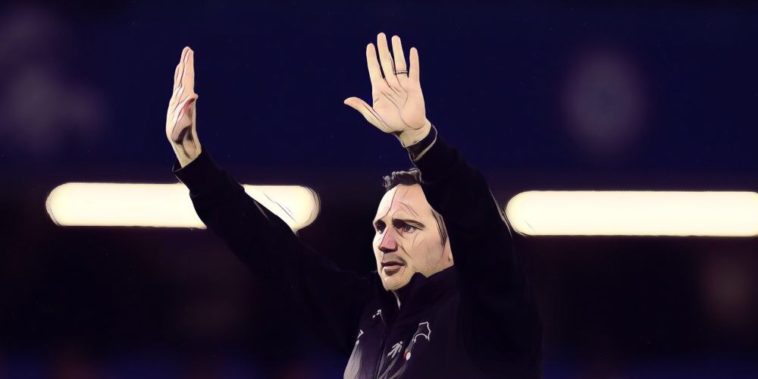 The worst kept secret in football is finally out, with Chelsea announcing Frank Lampard as their new manager.

The former midfielder returns to Chelsea with just one year’s managerial experience under his belt, steering Derby to the Championship playoff final, playing an entertaining and energetic brand of football.

With the West London outfit currently serving a two-window transfer ban, it has been suggested that Lampard’s return to the club could finally offer a chance for a number of the clubs academy talents the chance to break into the first team, with Mason Mount and Fikayo Tomori playing under the 41-year-old at Pride Park last season.

“I am immensely proud to be returning to Chelsea as head coach,” he told the clubs official website.

“Everyone knows my love for this club and the history we have shared, however, my sole focus is on the job in hand and preparing for the season ahead. I am here to work hard, bring further success to the club and I cannot wait to get started.”

Chelsea players return to pre-season training on Friday, before jetting over the Irish Sea for a training camp in Dublin. Lampard’s first competitive game will be the highly anticipated Premier League opener against Manchester United at Old Trafford.

During his playing days, Lampard scored 211 goals for Chelsea, a club record.