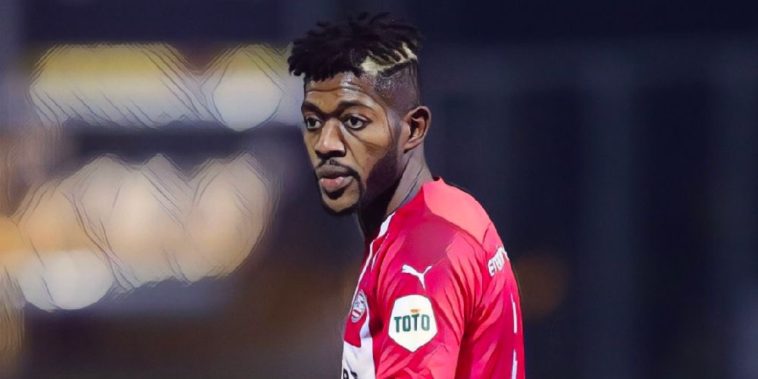 Chelsea and Manchester United are both said to be interested in a move for PSV’s Ibrahim Sangare.

Both clubs are keen to bolster their sides in the centre of midfield, with Chelsea seeing the influential N’Golo Kante spending increasing times on the treatment table in recent seasons, while Manchester United have a glaring need for a defensive midfielder given the struggles of Scott McTominay and Fred, and the departures of Nemanja Matic and Paul Pogba.

United and Chelsea have both been linked with having a long-standing interest in West Ham’s Declan Rice, though the Hammers have slapped a massively detractive £150m price tag on the shoulders of the England international to leave his potential suitors looking elsewhere.

Both sides were interested in Monaco’s Aurelien Tchouameni, though the Frenchman is now set to join Real Madrid, with the European champions having agreed a package worth €100 million.

United have also shown interest in Leeds’ Kalvin Phillips, though the midfielder is thought to have reservations over joining his side’s most bitter rivals, with Man City thought to be a potential destination for the England international.

According to Sky Sports, the two Premier League clubs are now interested in PSV’s Sangare, the Ivory Coast international having been a pivotal player for the Dutch side as they finished runners up to Erik ten Hag’s Ajax while winning the Dutch Cup.

Sangare feature 49 times for Roger Schmidt’s side, and ranked 1st for interceptions in the entire Eredivisie last season, while ranking second for total tackles and possessions won in the final third.

The report says that the 24-year-old has a release clause of just €35 million (£29.9m) in his contract at the Phillips Stadion, with the midfielder having his ‘heart set on a move to England’ and is ‘convinced’ he will be moving the Premier League.